With ‘2 wives,’ Duterte wants a raise 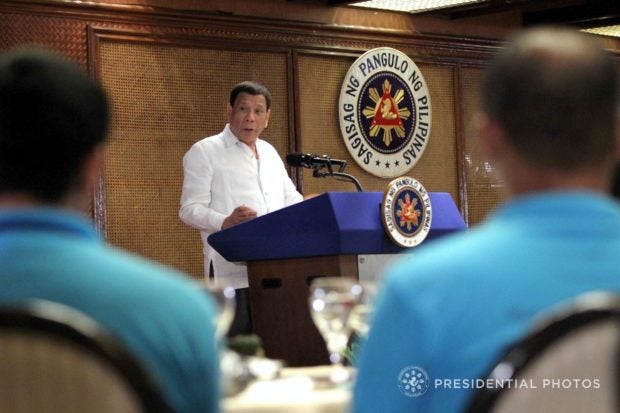 Should President Duterte get a raise?

With his heavy workload, the President wishes he would be paid something to the tune of P1.5 million.

Speaking at Camp General Adriano Hernandez in Iloilo on Thursday, Mr. Duterte said his monthly salary amounted to only about P200,000 a month, with no meal or representation allowance.

“My ideal salary, if I would estimate it, I should be getting—no joke—one million, five hundred (a month),” he said.

The executive order modified the salary schedule for civilian government personnel and granted additional benefits for both civilian and military and uniformed personnel.

Next year, the President is set to get another increase under the salary schedule—to be implemented in four tranches

—even though it won’t be high enough to give him P1.5 million a month.

In the fourth tranche of the salary increases, which would be given in 2019, the President’s salary would go up to P399,739.

Any new order increasing the President’s salary would not benefit Mr. Duterte.

The Constitution states that no increase in the President or Vice President’s compensation should take effect until the expiration of the term of the incumbent during which the increase was approved.

For one so underpaid, Mr. Duterte said his schedule was so demanding that even the constant saluting became exhausting.

“It’s very tiring, you keep on flying and saluting,” he said, eliciting laughter from the crowd at the army camp.

When he leaves the house,  he has to return the salute of the security officer at the door, he said. He has to salute the Coast Guard officials guarding this barge as well as the officers inside it. He also has

to salute those who meet him upon disembarkation.

He also regularly shuttles between Manila and Davao City, his hometown. —WITH A REPORT FROM INQUIRER RESEARCH