Uber takes on commuting with ‘Express’ car pool service in US 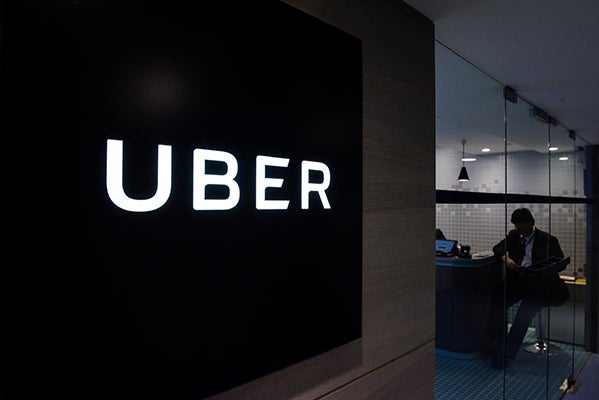 Uber on Wednesday maneuvered to become part of people’s daily commutes with the addition of an Express car pool to its ride-share options.

Express Pool officially launched in a handful of U.S. cities and was billed as an improvement on a car pool offering Uber has provided since 2014.

Rather than have a driver travel to where each aspiring passenger requests a ride, the new Express option will use software to calculate the most direct path to the final destination and then have people walk to pick-up spots.

“Riders wait a few minutes before their trips begin, and then walk a short distance to a nearby spot for pick up and drop off,” Uber shared rides product director Ethan Stock said in a release.

Using feedback from those riders, Uber “built the next generation of shared rides from the ground up,” Stock said.

Uber software considers compatibility of passengers, proximity of drivers, and convenience of drop-off and pick-up locations, according to the San Francisco-based company.

“Express Pool, in combination with public transit, cycling, car-sharing and more, can help us get towards this shift, and I’m extremely excited about the potential impact this product can have on cities.”

Uber tested Express Pool in San Francisco and Boston, and is expanding it to six more US cities with the official launch this week.

Uber, the titan in the ride share business, recently revealed that its losses last year swelled despite signs in the final three months that it was stemming the red ink.

Figures reported by The Information and confirmed by AFP showed that Uber’s losses in 2017 grew to $4.5 billion from the $2.8 billion the San Francisco-based firm lost a year earlier.

Net revenue grew to $2.22 billion from $1.38 billion in the same quarter-over-quarter comparison.

Even as the company has seen unprecedented growth by expanding to dozens of countries, Uber has been hurt by allegations of executive misconduct, a toxic work atmosphere, and potentially unethical competitive practices.

Dara Khosrowshahi, who was chosen as Uber CEO in August 2017, is steering the high-value startup to a stock market debut next year, and has vowed to fix the company’s work culture and business practices. MKH