After Robredo, Trillanes turn to blast EJKs in war on drugs | Inquirer News

After Robredo, Trillanes turn to blast EJKs in war on drugs 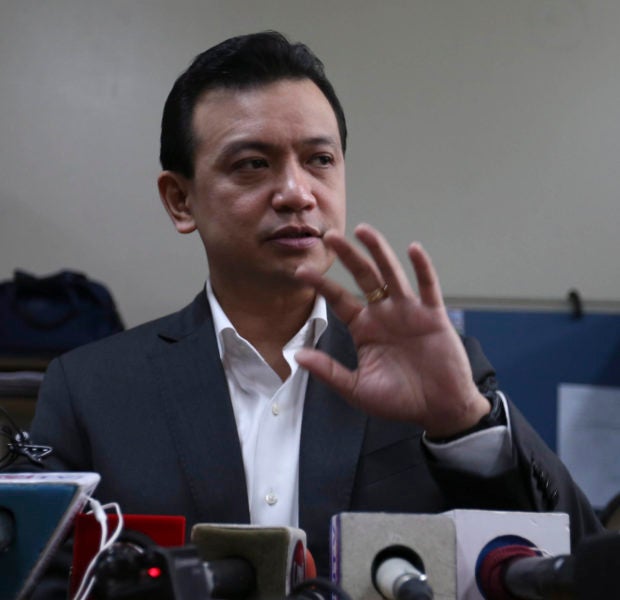 Vice President Leni Robredo sparked a political firestorm last year when she criticized the government’s drug war in a recorded message to a side meeting of a United Nations conference in Vienna.

This year, it’s the turn of Sen. Antonio “Sonny” Trillanes IV to address the same body.

Trillanes, a fierce critic of President Rodrigo Duterte, has been invited to talk about alleged extrajudicial killings (EJKs) in the country’s war on drugs, according to David Borden, executive director of the UN-accredited Drug Reform Coordination Network.

The event is slated March 15 on the sidelines of the UN Commission on Narcotic Drugs’ annual meeting in the Austrian capital.

Unlike Robredo, who only sent a videotaped message, “Senator Trillanes is attending personally,” Borden told the Inquirer in an e-mail.