Zamora: ‘Time is running out’ for San Juan recall poll vs Gomez 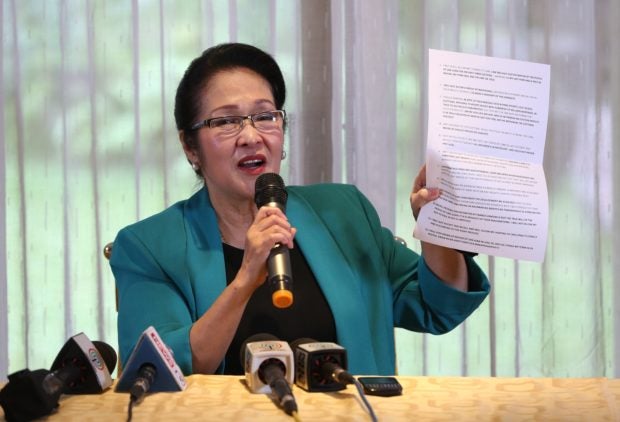 Urging the Commission on Elections en banc to respond to the motion for reconsideration filed by San Juan City Mayor Guia Gomez against the petition for recall elections, former city Vice Mayor Francis Zamora joined the petitioners’ second vigil in front of the Comelec office in Manila on Tuesday.

“I thank Comelec spokesman James Jimenez for assuring us (earlier) there will be no delays in the recall election process and it is being deliberated already. I join(ed) the vigil to humbly and sincerely appeal to the Comelec to take action on the motion for reconsideration so the recall process can move forward. It has been over a month since the Mayor filed her motion for reconsideration last Jan 19,” Zamora said, noting that based on the Comelec rules the body had one month to act on the MR.

“I hope the Comelec will be sensitive to the fact that these 30,000 people risked their lives to sign the petition, made the effort to comply with the rules in filing the petition for recall…If they won’t calendar this, it’s over,” he told the Inquirer.

Zamora, Gomez’ opponent in the last elections, filed an electoral protest against Gomez who won by 1,000 votes last May 2016, and withdrew it. Zamora’s camp later substituted it with a petition for recall elections to speed up the process.

The Comelec en banc granted the petition and issued a notice of sufficiency last Dec 13. The notice was served to Gomez via substituted service or through snail mail last Jan 15, said the city elections officer lawyer Gregorio Bonifacio.

Zamora said it’s only around two months before the allowed recall elections could take place.

“…The petitioners and signatories are very much aware of the timeline for the recall to happen which is a year before the next elections which, in this case, will be May 11, 2018, or roughly two months and three weeks from now,” Zamora said.

“If the motion for reconsideration is denied, there will still be the verification period to check all the signatures and a possible appeal after, so there are still many steps before the actual recall elections and time is fast running out,” he added.

Zamora said five of his supporters – who are also among the 30,000 signatures on the petition for recall – have already filed criminal, civil and administrative cases in the Office of the Ombudsman against Barangay San Perfecto chair Dennis Pardiñez for light coercion last Feb 13.

In their complaint they accused the chair of forcing them to sign an affidavit withdrawing their signatures in the recall petition.

“These acts of coercion are being done by barangay chairpersons and kagawads allied with Mayor Gomez for them to forcibly get as many recantations as they can,” Zamora said.

“(And) the longer it is for the recall process to move forward, the more time Mayor Gomez and her allies in power have to terrorize the signatories,” he added.

Sought for reactions, Grace Cortes-Pardines, chief of San Juan’s public information office, said Gomez would leave the process to the court and would no longer respond and make comments.

“The vigil has no weight on the decision of the court. It’s up to the court to decide already,” she said.

Cortes-Pardines also noted that the mayor does not believe the people are “fools” to sign blank documents. Pardiñez, she said, will also be presenting his witnesses in the Ombudsman’s office. /cbb