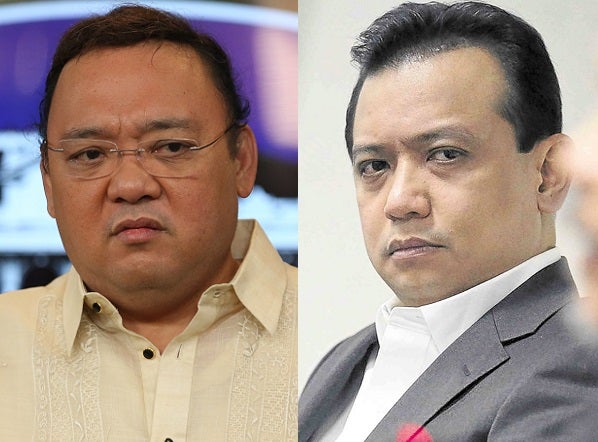 A Palace official rejected on Wednesday a US intelligence report that President Rodrigo Duterte is a threat to democracy, saying the chief executive knows and upholds the rule of law.

“Well I don’t think that’s true. He’s a lawyer. He knows the law. He wants to uphold the rule of law. He knows about the bill of rights. And of course I wouldn’t have joined him if he was a threat to human rights,” Presidential Spokesperson Harry Roque said in an interview with the ABS-CBN News Channel (ANC).

According to the Worldwide Threat Assessment of the US Intelligence Community, Duterte was listed as one of the threats to democracy due to his “signature campaign against drugs, corruption, and crime.”

“In the Philippines, President Duterte will continue to wage his signature campaign against drugs, corruption, and crime. Duterte has suggested he could suspend the Constitution, declare a ‘revolutionary government,’ and impose nationwide martial law,” the report said.

READ: US Intelligence Community: Duterte is one of threats to democracy in Southeast Asia

Duterte was critical of the United States during his first few months as president and even threatened to revoke the Visiting Forces Agreement between Manila and Washington. He has also worked for the normalization of ties with China and the strengthening of ties that country and Russia, which are rivals of the US in global geopolitics.

“This is something that we have taken very seriously. It’s from the intelligence community. It’s not even coming from the State Department, and it’s something that the president, of course, will take seriously as well,” he said.

But Sen. Antonio Trillanes IV, a staunch critic of the President, said the report should serve as a “warning shot” for the administration.

“If they are sensitive enough, they should look at it as some form of a warning shot that he’s nearing that red line because domestically, he has been pushing boundaries because he knows he’s popular enough to do that,” Trillanes said in a separate interview with ANC.

“He (Duterte) keeps on extending the boundaries on what he can do. As I mentioned, there is a creeping dictatorship,” he added. /cbb