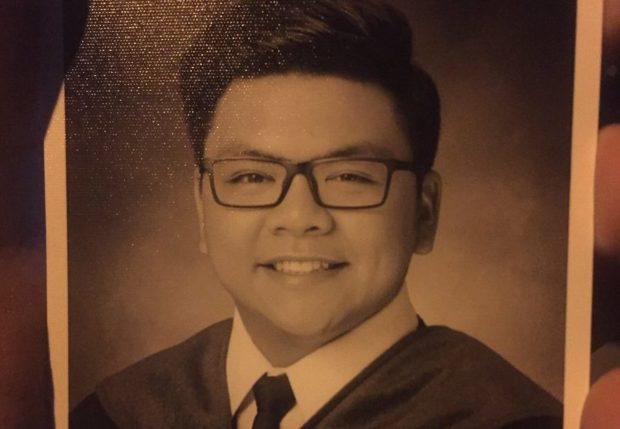 The University of Santo Tomas has ordered the expulsion of eight law students implicated in the fatal hazing of Horacio “Atio” Castillo III, according to a statement posted Sunday on the website of the The Varsitarian, the official student publication of the university.

The statement said a committee tasked with investigating the death of Castillo, a 22-year-old law school freshman and a neophyte of the Aegis Juris Fraternity, had issued a resolution finding the eight students guilty of violating the university’s Code of Conduct and Discipline and would impose “the supreme penalty of expulsion.”

The names of the expelled students were withheld.

“We thank UST for their actions, but they still need to answer a lot of questions, like how about the faculty members?” Carmina Castillo, the law freshman’s mother, was quoted as saying in another article posted by The Varsitarian. “[T]hey are as much involved since they knew about Atio’s death Sunday morning or noon and they did not even call the police to report or at least surrender to the police the fraternity members.”

The Varsitarian article also quoted Gerardo Castillo, the law freshman’s uncle, as saying he was “delighted” after UST “finally initiated what is due for Atio.”

According to the UST statement, the university rector, the Very Rev. Herminio Dagohoy, formed the investigating committee on Sept. 19, 2018, two days after Atio‘s death. It is composed of six administrators and a representative from the Central Student Council.

“It conducted hearings in the presence of representatives from the Legal Education Board (LEB),” the statement said. “It observed the due process requirements under University policies and pertinent LEB guidelines. It shall continue its investigation until all students who were involved in the hazing incident are held administratively liable.”

According to The Varsitarian article, Dean Nilo Divina of the Faculty of Civil Law sent a text message saying he would implement the committee resolution.

“The committee has exercised the authority and carried out the mandate that the University has given,” Divina said. “The Faculty of Civil Law will implement the committee’s resolution.”