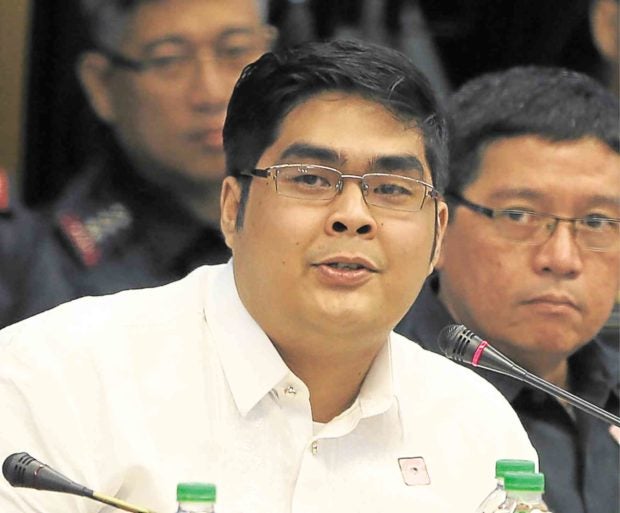 Former Aegis Juris fraternity officer Mark Anthony Ventura assured senators on Monday that he was telling the truth after Sen. Panfilo Lacson raised the possibility of him being a “Trojan horse.”

During the continuation on Monday of the Senate hearing into the hazing death of University of Santo Tomas law student Horacio Castillo III, Lacson noted the inconsistencies between the statements of Ventura and his “brod,” John Paul Solano.

His observation prompted Sen. Juan Miguel Zubiri to directly ask Ventura whether he was a Trojan horse.

Lacson later told reporters that Ventura had said that his lawyers had been replaced with those who were not members of any fraternity.

“That’s indication enough that (Ventura is) already severing ties with the Aegis Juris fraternity by testifying against his fellow frat members,” he said.

Ventura, however, was unable to tell all he knew about the Sept. 16 initiation of Castillo because of confidentiality rules covering a state witness.

Still, he was able to reveal that he was at the initiation rites and that four fraternity members had paddled Castillo, who eventually collapsed from the beating. Ventura also said that it took 30 to 40 minutes before Castillo was taken to the hospital.

Ventura was admitted into the government’s witness protection program after he came forward to Justice Secretary Vitaliano Aguirre II and identified the fraternity members who took part in the fatal hazing rites.