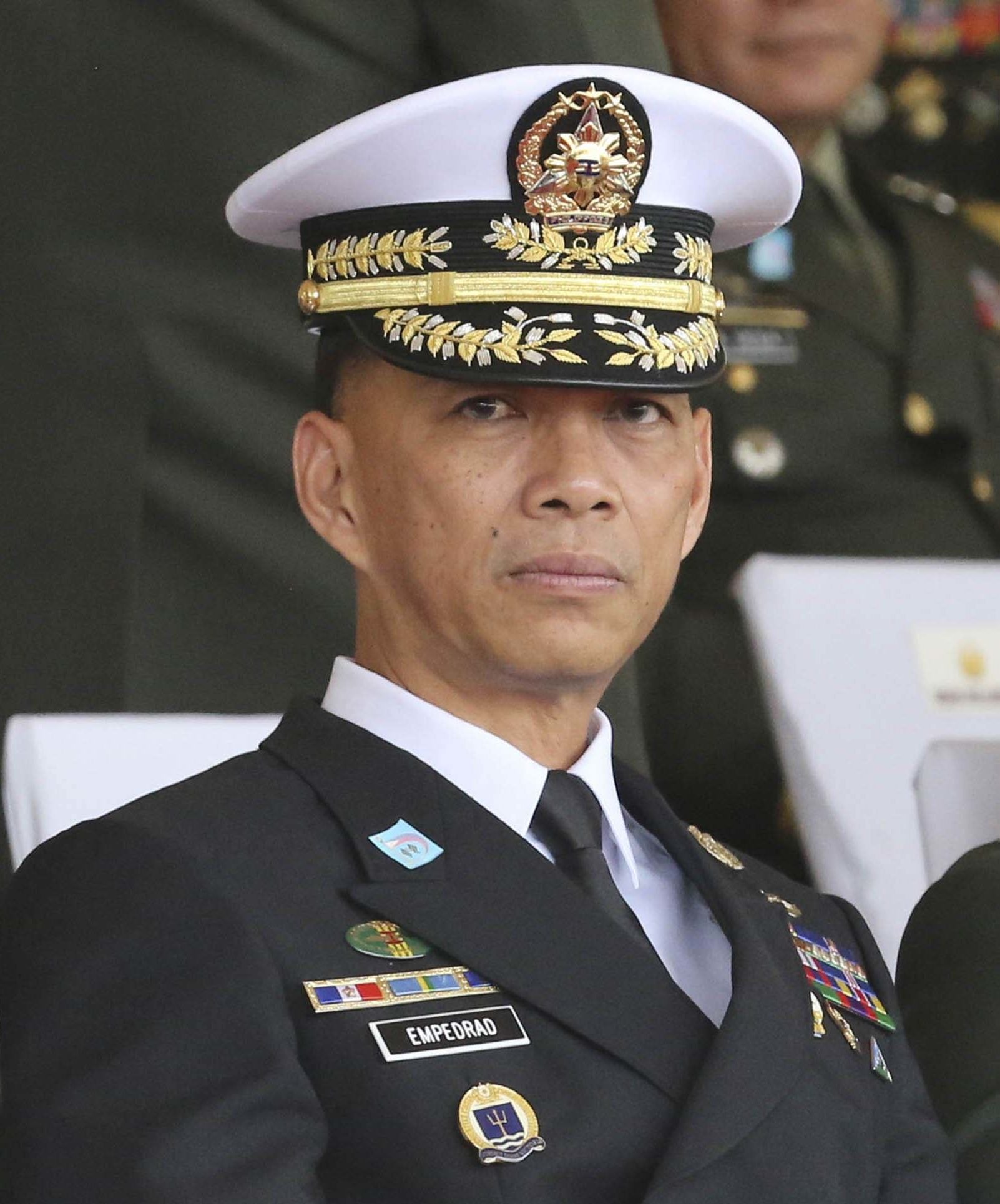 BAGUIO CITY, Philippines—Philippine Navy chief Rear Admiral Robert Empedrad has said that he was confident that the truth would come out in the Senate investigation on the P15.5-billion frigates deal.

“[The probe is] very good, at least the truth will come out,” Empedrad said in an interview during the sidelines of the Philippine Military Academy’s (PMA) annual alumni homecoming here on Saturday.

Empedrad maintained that there was no anomaly in the Navy’s now-controversial acquisition of the Combat Management System (CMS) for the frigates.

The Senate committee on national defense and security will launch its investigation on the deal on Monday.

The Inquirer first reported in January that Go allegedly meddled in the Navy’s selection of the weapons system for the frigate project of the government.

Go has denied interfering in the Department of National Defense’s selection of the Navy’s weapons system supplier. He said he would resign if the allegations against him could be proven true.

President Rodrigo Duterte has also denied Go’s involvement, daring his critics to prove his aide’s involvement and he would immediately fire him. /je

Read Next
Ecija drug suspect killed, dumped in irrigation canal
EDITORS' PICK
UK’s Boris Johnson will resign, BBC reports
Unemployment rate up to 6% in May
Geek out at TOYCON 2022 powered by Smart Signature
High inflation: Your P1 is now worth only 87 centavos
High-risk pregnancy: Reducing your risk is in your hands
House energy committee chair Arroyo bats for cheap electricity
MOST READ
Suspect in grisly killing of missing woman in Bulacan arrested
Kim Atienza’s daughter flaunts bikini body in response to critics of her ‘revealing photos’
Japanese artist who created ‘Yu-Gi-Oh!’ found dead in the sea
FDA probes popular Filipino noodle brand for ‘high level of ethylene oxide’
Don't miss out on the latest news and information.