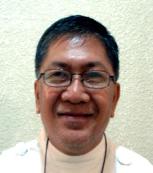 ILOILO CITY—Pope Francis has appointed a new archbishop of the Archdiocese of Jaro after accepting the resignation of Jaro Archbishop Angel Lagdameo, who reached the mandatory age of retirement two years years ago.

The Vatican News, the information network of the papal office, reported that Pope Francis has appointed Antique Bishop Jose Romeo Lazo as the new Jaro Archbishop.

He served two terms as president of the Catholic Bishops Conference of the Philippines from 2005 to 2009.

The Archdiocese of Jaro, which covers the provinces of Iloilo and Guimaras, and with 85 parishes with three million Catholic faithful, is among the biggest and most prestigious dioceses in the country.