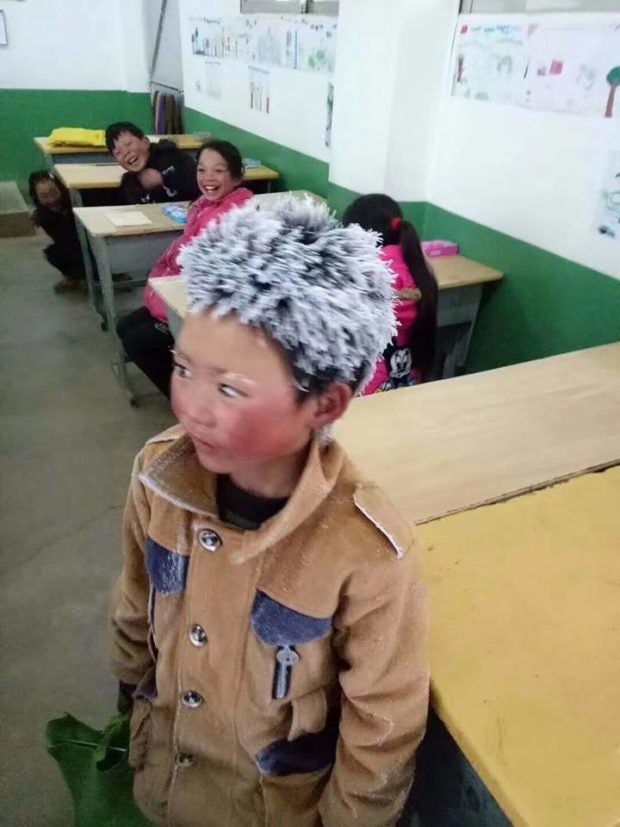 It’s been a month since the photo of little Wang Fuman covered in icicles touched the hearts of millions of people in China and the world over. The 8-year-old boy hails from an impoverished family and walks 4 kilometers to school everyday, which takes him about an hour; his father is an absent migrant worker, while his mother has long abandoned them.

Much has happened since then, and for the better too. Donations started pouring in for Fuman after his snowy ordeal, according to People’s Daily China last Jan. 17, and his primary school has received about 300,000 yuan or roughly $47,000 (P2.4 million) in total.

The Yunnan Provincial Youth Development Foundation handled the aid and has distributed the collected money to similar children in the poverty-stricken Yunnan province. 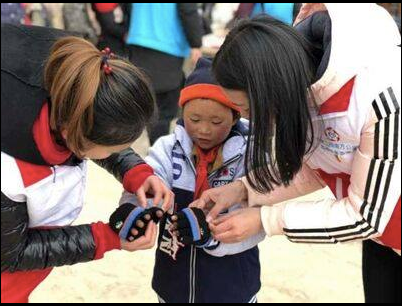 The donations were distributed to children like Fuman around the Yunnan province. Image: Facebook/People’s Daily China

But it is true, indeed, that no material thing can ever substitute for the tender love and care of a parent. Fuman has received new clothes, books, toys and a free trip to Beijing, according to the South Morning China Post in Feb. 15, but still, Fuman’s only wish this Lunar New Year is for his mom, Lu Dafeng, to come home.

Lu left their leaking, rickety mud house two years ago after having had enough of their sorry, difficult life. Wang Gangkui, Fuman’s father, told the South Morning China Post that she cut off all contact with the family and only returned once, last July 2017, demanding for a divorce. When he turned her down, she left again and that was the end of it.

”I know she hated how poor we were and believed I was not capable,” Gangkui said in the report. “We often quarreled over this in the past. Then she left me.”

“Mum, I don’t want to wait any longer only to be disappointed again,” Fuman said in a message for Lu. “Can you please comeback?”

Lu remains tightfisted however; she changed her mobile phone number after leaving, and Gangkui and Fuman cannot contact her anymore.

Little Fuman, however, remains as hopeful as ever, believing his mother will return one day to be with them again. “Mum, I want you to beat me and scold me for my mistakes, the way other mothers do to their children,” the report quoted Fuman. “At least, then, you would be by my side. Please come back.” Cody Cepeda/JB