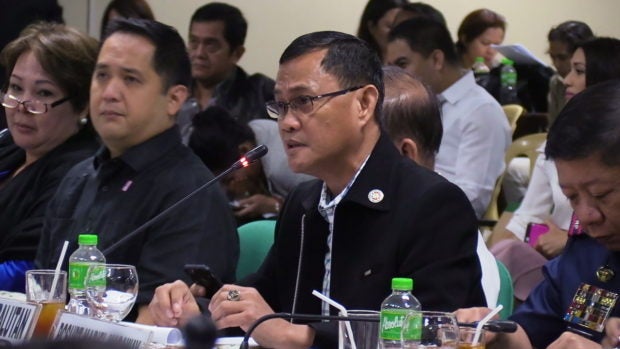 “Only our detractors who want to control STL for their own personal interest are not happy with this because they hallucinate so much. Imagine the billions of pesos they are now losing because of our aggressive expansion of the STL where these notorious gambling lords used to monopolize their illegal numbers game such as jueteng, swertres, masiao, pares…” Balutan said during a presser on Sunday at the Summit Circle in Cebu.

On Monday, Balutan skipped the Senate hearing on various PCSO controversies to join President Rodrigo Duterte in the unveiling of “Malasakit Center” at the Vicente Sotto Memorial Medical Center, also in Cebu.

The center aims to simplify the process and help poor patients confined in hospitals in seeking assistance from various government agencies.

“You know, the critics who wanted to destroy PCSO are so strong. But I assure you they will not prevail. They cannot suppress the truth. I won’t allow them to destroy PCSO which is under the Office of the President,” Balutan said.

Balutan noted that PCSO generated P52.9 billion from its Lotto, Keno, Small Town Lottery (STL), and Sweepstakes. This is 34 percent higher than the revenues from the said games in 2016.

Balutan also reported during the Cebu event that the daily Individual Medical Assistance Program allocation for the PCSO extension office at the Lung Center of the Philippines increased from P4 million to P8 million this year.

Balutan said he plans to come up with a more efficient system and review the current implementing rules and regulations on the STL to increase earnings.

At present, the PCSO has 57 At Source And Processing (ASAP) desks and the remaining of the 88 approved will be operating this year, Balutan said. /je