‘IF WE DETECT BAD FAITH, WE CAN ALWAYS CHANGE THE LEADERSHIP OF THE COMMITTEE’
By: Pathricia Ann V. Roxas - Reporter / @PathRoxasINQ
INQUIRER.net / 03:48 PM February 01, 2018 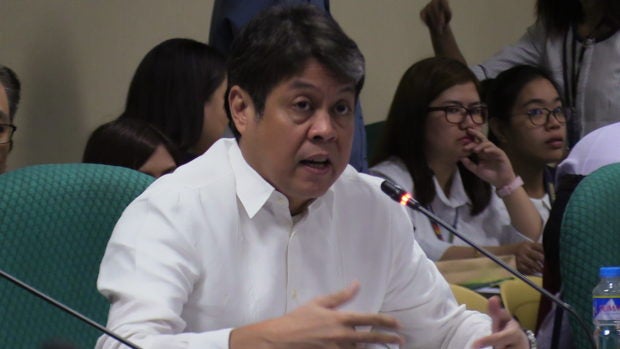 Should the Senate majority “detect bad faith” in the report of Senator Francis “Kiko” Pangilinan’s committee on Charter change (Cha-cha) proposals, the Senate leadership would be compelled to seek a change in the chairmanship of the panel.

But at this point, Senate President Aquilino “Koko” Pimentel sees no reason to make such move as he trusts that Pangilinan, who chairs the Senate committee on constitutional amendments and revision of codes, would deliver on their agreement of fairness, good faith, and transparency on the issue of Cha-cha.

“That was my only request, please be fair and keep an open mind. Basta ito ang commitment sa akin ni Senator Pangilinan. He will not be an obstructionist. He will, in good faith, hear and pursue all of the referrals in his committee. He will proceed at a reasonable pace and then also, he will be open and transparent,” Pimentel said in a press conference.

Pimentel, president of the ruling party Partido Demokratiko Pilipino-Lakas ng Bayan (PDP-Laban), attended the launching of the book, “The Quest for a Federal Republic: The PDP-Laban Model of Ph Federalism 1.0.”

“So, maganda na nga ito that the minority heads the committee, which will hear the proposal of the admin. If ever we could come up with an agreement, that is a bipartisan effort,” Pimentel also said.

According to Pimentel, it does not worry him that Pangilinan, president of the opposition Liberal Party (LP), presides over the hearing on proposed amendments to the 1987 Constitution.

“If, for example, there is bad faith and we detect bad faith we can always change the leadership of the committee. Kasi call naman ng majority ‘yan eh. But we already have an agreement,” he pointed out.

Pimentel likewise said that while they have yet to come up with a version of the new Constitution that would establish a federal form of government, Pimentel remained confident that Pangilinan would “hear all the referral to his committee in good faith.”

“Alam mo, No. 1, the committee will have to discuss hindi lang naman sa chairman ng committee, then it will be given to the plenary, and the plenary will discuss it. They belong to the minority so they are not supposed to control the agenda,” Pimentel noted. /kga