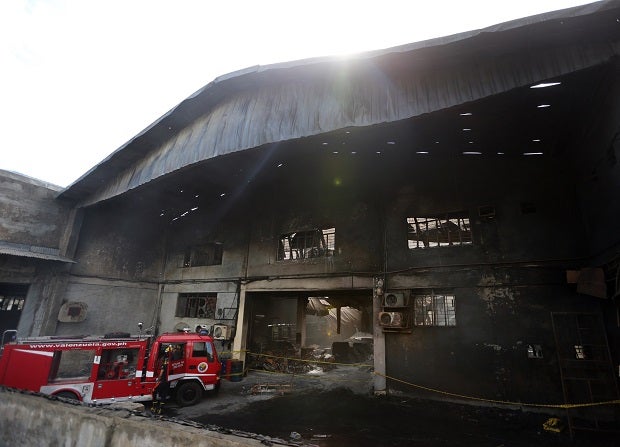 Labor groups trooped to the Department of Labor and Employment (DOLE) office in Manila on Thursday to condemn the frequent fire incidents in factories and the “worsening” labor conditions in the country.

Groups represented by the Workers’ Resistance Against Tyranny and for Human Rights (Wrath) marked the first anniversary of the burning of the House Technology Industries, Ltd. (HTI) factory in Cavite and the 40th day of the NCCC fire in Davao City.

Rose Marie Magracia, spokesperson of Justice for Kentex Victims, lamented the almost annual calls for justice for workers who died due to poor working conditions in workplaces.

“Taun-taon, kabi-kabila ang mga panawagan na (Every year, there are calls left and right for) Justice for Eton, Justice for Omni, Justice for Kentex, Justice for HTI, at Justice for NCCC. Lahat ito ay [panawagan para sa] (All of these are calls for) justice for workers. Pero may nakamit ba tayong hustisya (But have we attaianed justice)?” Magracia said at the rally in front of DOLE in Intramuros.

Magracia lost her daughter, Maria Precilla Crenshaw, during the Kentex Factory blaze in Valenzuela City in May 2015. The fire, dubbed as one of worst fire incidents in Philippine history, killed 74 workers.

No one has been accountable for the incident three years on.

And to prevent any more incidents from happening again, the group called for the passage of the Occupational Health and Safety Bill “in light of the chronic catastrophes we continue to face.”

“Wrath believes that unless we carry on calling for justice, the sacrifices and the memories of the workers lost to these tragedies will forever vanish,” the group said in a statement.

The alliance—led by Kilusang Mayo Uno, Federation of Free Workers, and Young Christian Workers—also condemned the rampant contractualization in the country and the passage of the Tax Reform for Acceleration and Inclusion (Train) Law, which it called a “lethal combination” for workers.