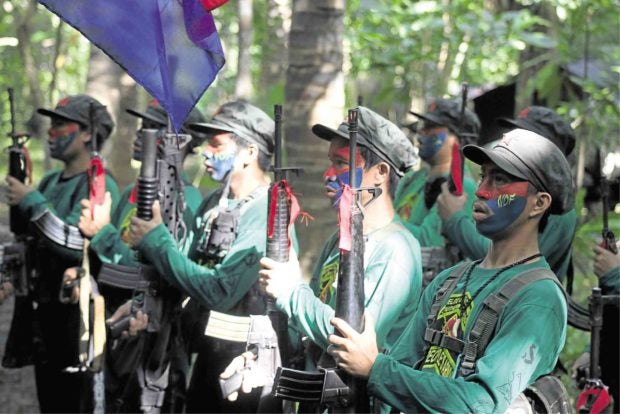 The military on Thursday slammed the New People’s Army for killing one of their former comrades who returned to the folds of law.

“We condemn the torture done to the off-duty Manobo CAFGU Mar Acebedo Bocales, a father of three, who was abducted as he was hunting for wild animals to feed his family. His body bore torture marks as he was made to suffer before being beheaded by NPA terrorists in the mountains of San Miguel, Surigao del Sur on January 29, 2018,” said AFP public affairs chief Lt. Col. Emmanuel Garcia said in a statement.

He was a former communist rebel who surrendered with his firearm to the government last December 2016.

Garcia said what the NPA did was “proof of the numerous atrocities… and barbarism that is comparable to the Abu Sayyaf and Daesh-inspired Maute terrorists who behead their helpless victims.”

But Ka Ariel Montero, spokesperson of the NPA’s regional operational command, said the accusation against them is “a big lie and a desperate move.”

“The New People’s Army-North Eastern Mindanao Region (NPA-NEMR) has nothing to do with the said killing,” he said.

The one allegedly responsible for the crime is an armed group led by a certain Emerson Cuarteron and a Calpit Egua of the Magahat paramilitary group.

“They are currently operating in San Miguel especially in the mining areas. They harass and extort from people earning a living from gold mining in Brgy. Castillo and Bolhoon, San Miguel,” Montero said.

“The groups of Emerson Cuarteron and Hasmin Acebedo are fighting for the control of the area, the main reason for the killing of Mar Acebedo Bocales. Mar, aside from being a CAFGU member, was also associated with Calpit Egua. He is also part of the bandit and armed group led by Hasmin Acebedo who operates on the same area. The group continue to exist by harassing and grabbing land from farmers, and forcibly collecting taxes from small miners and farmers,” he added.

Montero alleged that the AFP is hiding their involvement by accusing the NPA for the killing of Bocales.

“It is a planned move by the AFP to destroy the unity of the Lumad and wreak havoc in the area especially with its plan to arm Lumads against the revolutionary movement,” he said. /je