Fake news is not part of gov’t policy, Roque clarifies 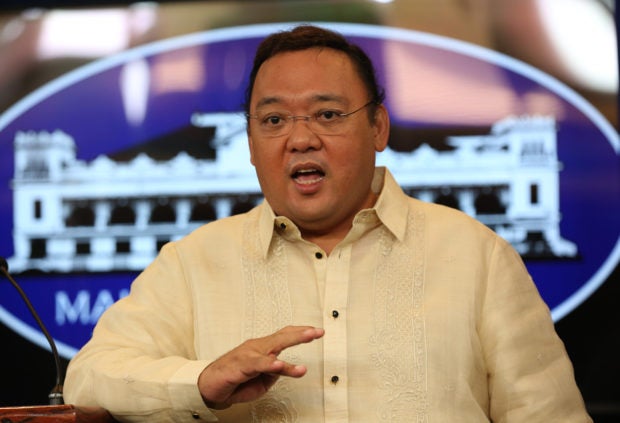 The Duterte administration is not encouraging “fake news” and this type of black propaganda has no place in government policy, Presidential Spokesperson Harry Roque said, following his remarks that it was essential in finding “true news.”

“What I said earlier that without fake news we would not know what is true news should not be taken as governmental encouragement of fake news. Far from it,” Roque said in a statement on Wednesday.

“For sure and to be clear, fake news as is known today should find no place as a matter of governmental policy,” he added.

He said “enlightened citizens should be able to pick out chaff from grain and appreciate what good journalism is about.”

The Palace official cited US jurisprudence on the issue of fake news.

Even US journalism, he said, “has a sordid history in the so-called “penny press” of promoting quackery and all sorts of things that today would not be considered respectable journalism.”

US jurisprudence on free speech, however, he said “has developed a conviction that the solution is never governmental censorship, but better journalism. It is an idea as old as John Milton’s Areopagitica.”

“In New York Times v. Sullivan (1964), the US Supreme Court allowed that even mistakes in reportage on public figures are excusable because otherwise the free and unimpeded discussion of public issues would be hindered. Free and open debate about the conduct of public officials, the Court reasoned, was more important than occasional, honest factual errors that might hurt or damage officials’ reputations,” he said.

Citing the US Supreme Court, quoting John Stuart Mill, Roque said that “even a false statement may be deemed to make a valuable contribution to public debate, since it brings about ‘the clearer perception and livelier impression of truth, produced by its collision with error.’”

“And in Whitney v. California (1927), Justice Holmes argued that the remedy for bad counsel is wise counsel, and not any form of governmental compulsion. This rests on the firm belief that the fear of punishment is never a stable basis for good government. Rather, reasoned public deliberation is the better recourse, despite the attendant risks posed by falsehood and misinformation,” Roque said.

On Sunday, Roque said in a press briefing in Iloilo City that fake news was essential in discerning truth from falsehood. /jpv