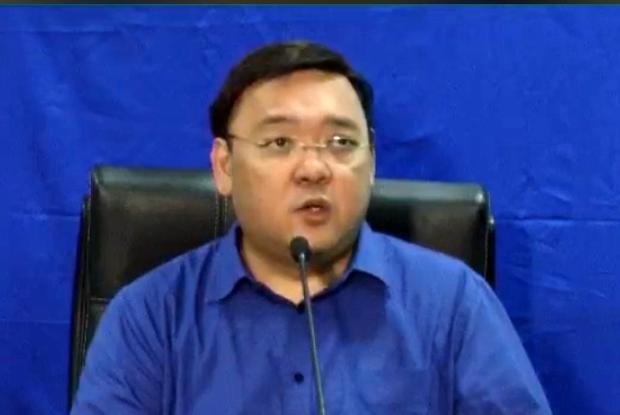 Presidential spokesperson Harry Roque hold a press briefing with and Iloilo Gov. Arthur Defensor Sr. on the sidelines of the Dinagyang Festival on Sunday, Jan. 28, 2018. (Photo from an RTVM video)

“Fake news” is essential in finding “true news,” in discerning truth from falsehood, according to presidential spokesperson Harry Roque.

“So let there be a free marketplace of ideas,” he added.

Asked about his relationship with pro-Duterte bloggers, Roque said that he would not want to pick a fight with anyone in the mainstream or social media.

Roque claimed that he himself was also a victim of fake news from “prestigious publications” that supposedly reported fake news about his remarks on Philippine Rise, formerly called Benham Rise.

The Palace’s reaction on the issue of the Philippines allowing China to conduct research at Philippine Rise has been a subject of heavy criticisms for weeks.

He stressed that he continued to be an advocate of freedom of speech and freedom of the press despite the proliferation of fake news. /atm