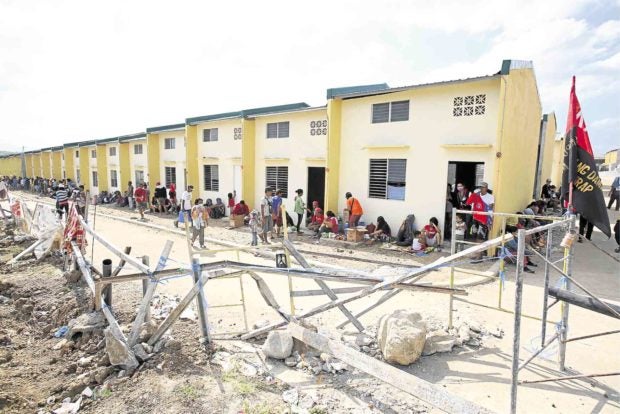 CITY OF MALOLOS — The National Housing Authority (NHA) is investigating a report that one of the low-cost government houses in Bulacan province that was forcibly taken by urban poor group Kalipunan ng Damayang Mahihirap (Kadamay) last year, has been illegally sold.

The alleged transaction was documented in a video that was sent to the NHA.

But Kadamay officials denied the claim, saying their group was being set up.

According to Lea Maralit, Kadamay Bulacan coordinator, the house in question is located at Padre Pio resettlement site in Barangay Cacarong Bata in Pandi town, and is not among the 5,262 units Kadamay families occupied in five NHA housing sites in March 2017.

Many of these occupied houses were reserved for soldiers, policemen and firemen, but President Rodrigo Duterte urged them to relinquish their claims and wait for new military and police housing projects instead.

The Kadamay families have been required to undergo a new NHA validation to legitimize their claim over the units they have occupied.

Gloria Arellano, Kadamay national chair, said the unit was offered for sale or lease by Kadamay member Jerry Labado, a former NHA employee, supposedly under the instruction of an unnamed engineer.

Maralit said: “It appeared a vacant unit was being offered because our members needed more homes. But we were told no sale had been perfected. What hurt was that Kadamay was being set up.”

The vacant unit is owned by a person who has no link to Kadamay, Maralit said, adding that Labado had acted only as an agent. —Carmela Reyes-Estrope