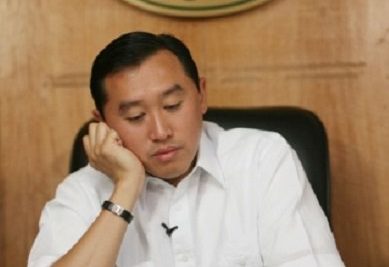 TAGBILARAN CITY, Bohol—Bohol Representative Arthur Yap has lamented that the graft case against him by the Sandiganbayan over a car plan for employees of the Philippine Rice Research Institute (PhilRice) was unfair and unjust.

“We found it very unfair. And we will really fight the case very aggressively,” Yap told Bohol reporters on Friday.

He stressed that he was not present when the rules on the car plan was drafted and approved by the PhilRice Board of Trustees.

But he maintained that the program to provide vehicles to hardworking employees of the agency had a good intention.

While offering car plans in either government or private offices was normal, Yap stressed that he neither approved nor signed the terms and conditions.

“No we didn’t receive not even get to ride not even once or any of the cars picked us up or did we use those cars,” he said.

Yap was charged with one count each for violating Section 3(e) and 3(g) of the Anti-Graft and Corrupt Practices Act, which prohibits public officials from causing undue injury to the government and giving unwarranted benefits to private parties.

He was indicted in his capacity as agriculture secretary during the term of then president Gloria Macapagal-Arroyo.

The Ombudsman accused Yap and eight PhilRice officials of approving a car plan that allowed 10 employees to obtain loans from the Philippine National Bank, which were secured with PhilRice’s own funds from 2008 to 2009.

Yap, who was the chairman of the board in his capacity as agriculture secretary, said he attended the 52nd meeting of the Board of Trustees on Nov. 5, 2008 where the plan to set up a car plan was discussed.

But he said he told the board to make sure that the terms must be advantageous to the government and proper procedures followed.

On January 30, 2009, Yap said the PhilRice director issued an administrative order on the offer to provide car loans to deserving employees.

But Yap claimed he said he was not present when the PhilRice board of trustees approved the program.

“I had no participation in the formulation of the order neither did I at any time consent, approve, or acquiesce to the rules and guidelines covering this car plan,” he said.

He said he was not present during the 54th Board meeting on June 19, 2009, when the Car Plan Guidelines was discussed and allegedly approved.

He added: “Thereafter neither did I avail of any car because of this car plan. Why am I being held liable?”

Yap is also facing two sets of graft cases at the Sandiganbayan in connection with the alleged misuse of Priority Development Assistance Funds of former lawmakers Rodolfo Antonino and Marina Clarete.