Soros to Google and Facebook: ‘Your days are numbered’ 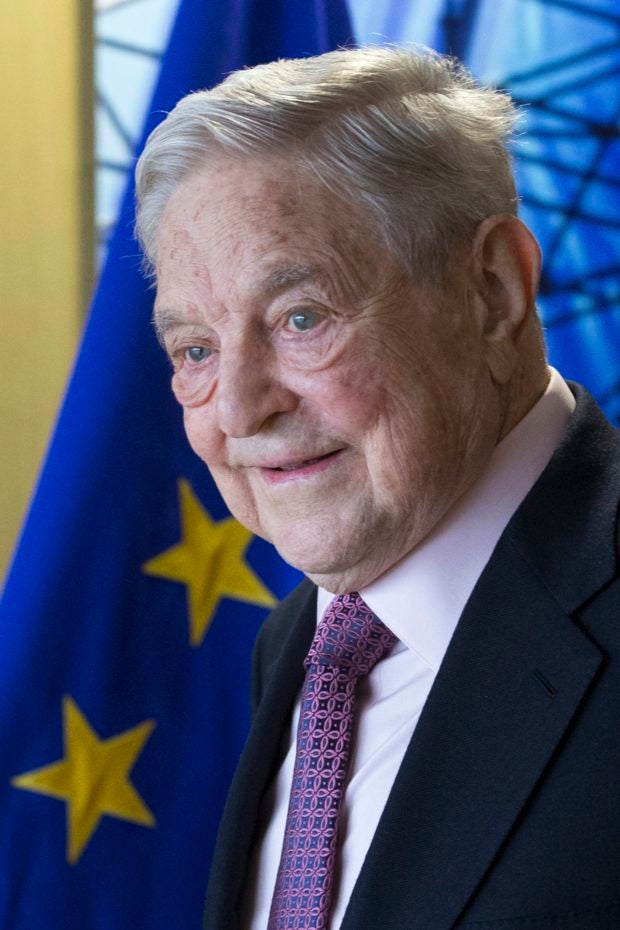 Billionaire investor George Soros launched a scathing attack on tech giants at the Davos summit on Thursday, calling them monopolies that could be manipulated by authoritarians to subvert democracy.

During an annual dinner he hosted at the World Economic Forum held this week in the Swiss alpine resort, Soros turned his sights on a host of subjects, including United States President Donald Trump and the speculation frenzy surrounding the cryptocurrency, bitcoin.

But much of the Hungarian-born financier’s ire was reserved for the tech giants of Silicon Valley who, he asserted, needed to be more strictly regulated.

“Facebook and Google effectively control over half of all internet advertising revenue,” the 87-year-old told diners during a speech.

“They claim that they are merely distributors of information. The fact that they are near-monopoly distributors makes them public utilities and should subject them to more stringent regulations, aimed at preserving competition, innovation, and fair and open universal access,” he added.

He predicted that tech giants would “compromise themselves” to access key markets like China, creating an “alliance between authoritarian states and these large, data rich IT monopolies.”

“This may well result in a web of totalitarian control the likes of which not even Aldous Huxley or George Orwell could have imagined,” he warned.

Predicting that governments would start to more heavily regulate the sector, Soros said: “Davos is a good place to announce that their days are numbered.”

But he said the cryptocurrency would likely avoid a full crash because authoritarians would still use it to make secret investments abroad.

He described Russia’s Vladimir Putin as presiding over a “mafia state” and called Trump a “danger to the world”.

But he predicted that the US president’s appeal would not last.

“I regard it as a purely temporary phenomenon that will disappear in 2020 or even sooner,” Soros claimed.

But the investor’s traditional Davos predictions do not always pan out. Last year, in Switzerland, he warned that the stock market rally would end after Trump’s election and that China’s growth rate was unsustainable.

Read Next
Chili-tasting challenge heats up Isabela festival
EDITORS' PICK
Metro Manila to remain under COVID Alert Level 2 until December 15
IATF tightens border control, suspends entry of fully vaxxed nationals from ‘green’ countries
Legarda: Ending Violence Against Women, a cause for all
Duterte open to making jabs mandatory; Cabinet mulls ‘pressuring’ the unvaccinated
Villar Group gears up for AllValue Shopping Party on Dec. 3; around P 1-million promos and discounts up for grabs
A delightful blessing!
MOST READ
Quiboloy warns of ‘much worse than Omicron virus’ if his ‘persecution’ is not stopped
Bongbong Marcos’ conviction in tax case not a crime involving moral turpitude — lawyer
IATF tightens border control, suspends entry of fully vaxxed travelers from ‘green’ countries
Marcoleta defends pol ads on ABS-CBN
Don't miss out on the latest news and information.