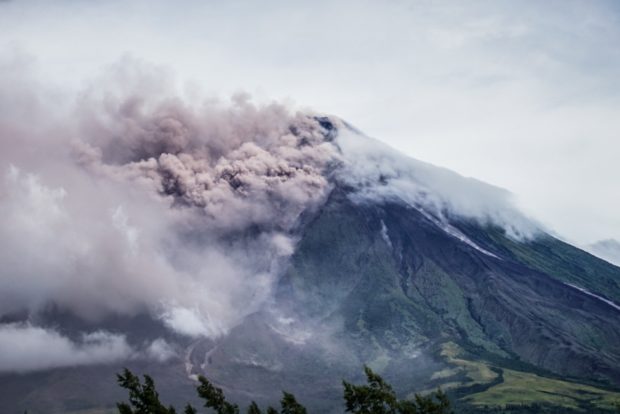 The Philippine Institute of Seismology and Volcanology (Phivolcs) still considered as “minor” the frequent episodes of lava fountaining at the restive Mt. Mayon in Albay province.

In an interview, Lois Jumawan, who is among the Phivolcs personnel monitoring the recent behavior of Mayon, said that the volcano’s lava fountaining events in the past few days still present no indication of a bigger eruption. But, she said, Phivolcs remains watchful of the possibility of a major explosion.

At 11:33 a.m., Phivolcs said that Mayon emitted molten lava and generated a greyish brown ash. Officials, however, were not able to measure the height of the latest lava fountain and ash plume due to thick clouds surrounding the volcano.        /kga