Electoral protest: Robredo confident nothing will change after recount 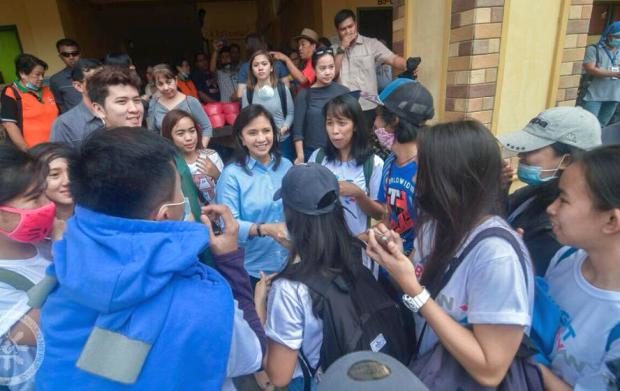 LIGAO CITY — Vice President Leni Robredo is confident and very sure that there was no cheating that happened during the 2016 May polls.

On Wednesday, during a visit in Albay to deliver relief goods to evacuees from an exploding Mount Mayon, Robredo said the request of former Sen. Ferdinand “Bongbong” Marcos Jr. for a recount of ballots would not change anything because the result of the elections for vice president was fair and honest.

“I have no worries at all because we know that there was no cheating,” Robredo said. “And we expect the same result as that came out after the elections.”

She said her camp had been cooperative with the Supreme Court, sitting as the Presidential Electoral Tribunal.

The first retriveal of ballots was done in Naga City on Tuesday.

She said her lawyers and watchers were on guard to make sure that there would be no untoward incident during the recount.

Robredo is praying that the issue will be resolved the soonest possible time.

“Until this issue is not resolved, Marcos is given the opportunity to spin stories that are false,” she said. “But if this is resolved as soon as possible, there won’t be anymore space for him to make up stories.” /atm

Read Next
3 suspects in QC auto shop robbery nabbed, thanks to alert cabbie
EDITORS' PICK
Huawei’s relentless mission to bring ultimate health and wellness tracking for your fitness goals
Gordon to Pharmally’s Mago: Show up or be a fugitive
Smart reaffirms 5G leadership as PH’s most reliable 5G mobile operator
Pharmally’s Mago no longer in her condo unit — Gordon
4 essentials for overcoming data protection challenges in the New Normal
294 areas in NCR under granular lockdown — PNP
MOST READ
Pharmally’s Mago no longer in her condo unit — Gordon
Senators secure Pharmally exec offering to turn witness
Guimbal, Iloilo Mayor Oscar Garin passes away
Bong Go says he is not seeking presidency in 2022
Don't miss out on the latest news and information.