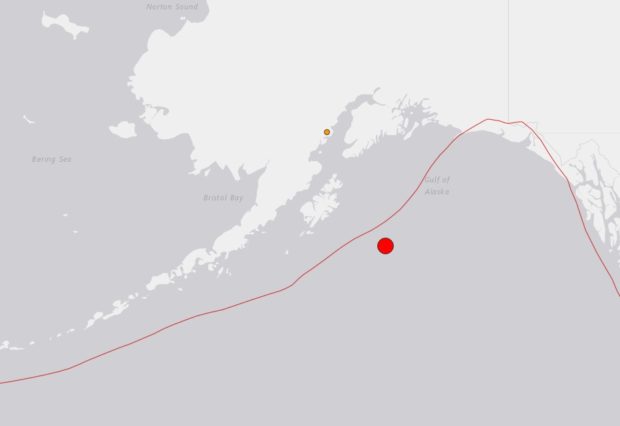 ANCHORAGE, Alaska -The National Tsunami Center has canceled a tsunami warning that was triggered by a powerful earthquake off the coast of Alaska.

Mickey Varnadao, a computer specialist with the warning center in Palmer, Alaska, said early Tuesday that an advisory remains in effect for parts of Alaska, from Kodiak Island to Prince William Sound.

Watches have been canceled for British Columbia in Canada, Washington, Oregon, California and Hawaii. Officials in Japan say there is no tsunami threat there.

Varnadao says the agency canceled the alert after waves failed to show up in coastal Alaska communities.

The earthquake was recorded about 12:30 a.m. about 170 miles (270 kilometers) southeast of Kodiak Island in the Gulf of Alaska. It had a preliminary magnitude of 8.2 but has been downgraded to magnitude 7.9.