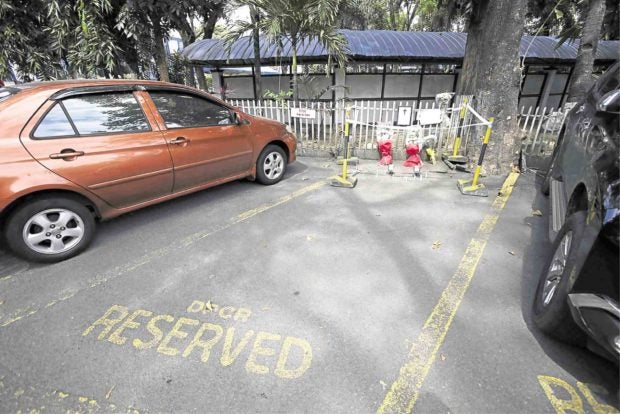 CRIME SCENE Flowers are placed and candles are lighted in the area inside the Philippine National Police headquarters where Korean businessman Jee Ick-joo was killed. —NIÑO JESUS ORBETA

ANGELES CITY — Defense lawyers asked a court here to delay the testimony of one of the policemen implicated in the 2016 murder of Korean businessman Jee Ick-joo, saying they needed time to challenge his eligibility as a state witness.

Villegas was scheduled to testify at the resumption of the kidnapping and homicide trial of Jee’s supposed killers on Jan. 11.

He was supposed to link Supt. Rafael Dumlao III, who led the Philippine National Police Anti-illegal Drugs Group (AIDG), to the murder of Jee in the PNP headquarters at Camp Crame, Quezon City, in October 2016, shortly after the Korean was allegedly abducted in this city in Pampanga province.

Also standing trial were Jerry Omlang, an errand boy of the National Bureau of Investigation who admitted to have taken part in the abduction; SPO3 Ricky Sta. Isabel; and Gerardo Santiago, owner of Gream Funeral Homes where Jee’s body was reportedly cremated.

But lawyer Arnold Valenzuela, Dumlao’s counsel, and lawyer Mario Dionisio, Sta. Isabel’s counsel, asked the court to hold Villegas’ testimony, arguing that they had yet to file their motion for reconsideration questioning the policeman’s eligibility as state witness.

They also asked how Villegas’ testimony would be treated once their motion for reconsideration was accepted by the court and once Villegas was withdrawn as a state witness. They said they had until Jan. 23 to file their motion.

The court, however, said it would allow Villegas to testify in the next hearings scheduled on Feb. 8 and 22.

Pangilinan suspended the hearing on Thursday on learning that Omlang wanted to change lawyers, in a handwritten note he handed to the court.

Omlang requested the Public Attorney’s Office (PAO) to represent him but the PAO representative at the court said he would need to get the permission of PAO chief, Persida Acosta.

Pangilinan also granted a request by Prosecutor Juan Pedro Navera to move Villegas from the PNP Custodial Center to the detention facility of the AIDG, both in Camp Crame.

Now that Villegas has turned state witness, he may not be safe under the same detention facility holding Dumlao, Sta. Isabel and Omlang, Navera said.