Is this a case of a priest simply wanting to draw in the flock, a la “Sister Act”? But the showmanship is attracting mixed reviews.

A video posted on Jan. 7 by netizen John Dimarucut has recently been making the rounds on Facebook. The video, which dates back to 2015, shows a parish priest breakdancing on the floor during Simbang Gabi.

The priest was identified as Fr. Eduardo Timbol de Leon from Virgen Delos Remedios Parish in Dila-Dila, Sta. Rita, Pampanga. Fr. De Leon opted to ditch his white robes and instead wore a black sleeveless shirt for the dance number. In the video, he is seen leading the group as he takes his position in the middle, while men in red danced before the altar, behind him.

After breaking a few tumbles on the floor, Fr. De Leon is next seen running down the aisle where he puts on a red head accessory. He prances back to the altar, followed by two men in barong, carrying a ladder. At the end of the video, Fr. De Leon ascends the ladder, marking the climax of his performance.

More recent photos of Fr. De Leon were also shared last December 2017 on the Facebook page of the website The Pinoy Catholic New. The photos show Fr. De Leon orchestrating before the altar what looked like a skit. Half-naked young men were covered in “Avatar”-esque blue body paint for this presentation. 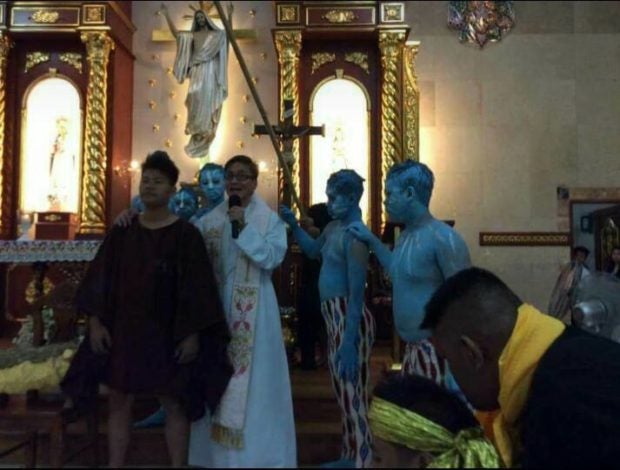 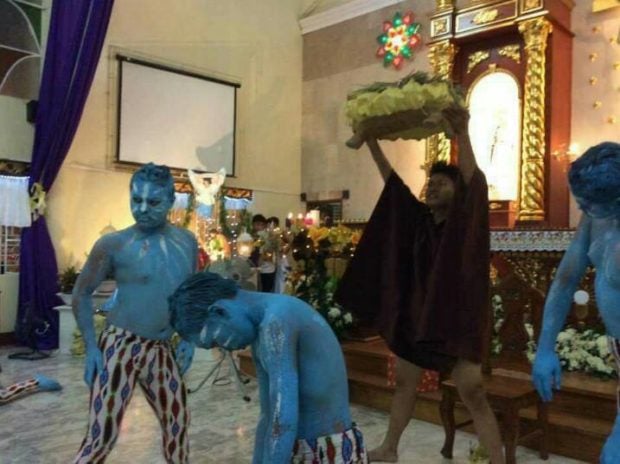 Another photo shows a girl, in a pregnant Mary costume, seemingly sitting above the altar while churchgoers watched on. 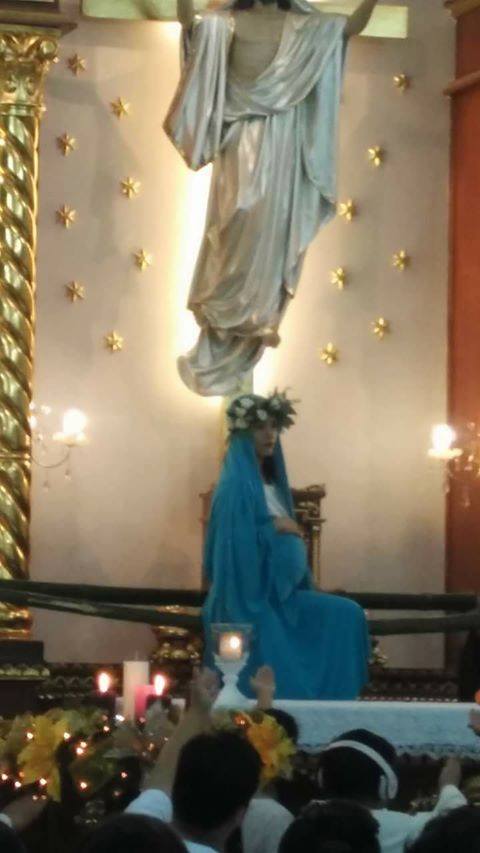 Reactions on the video and photos are varied.

On the photos, the comments ranged from fierce defense of the priest for making the word of God interesting even to kids, to reminders that church presentations must have God and not man as its center. 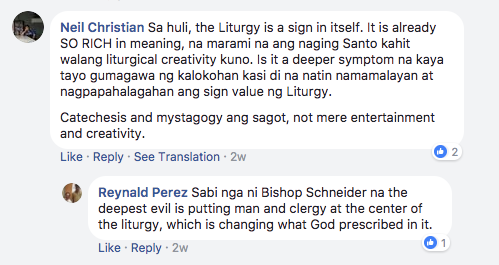 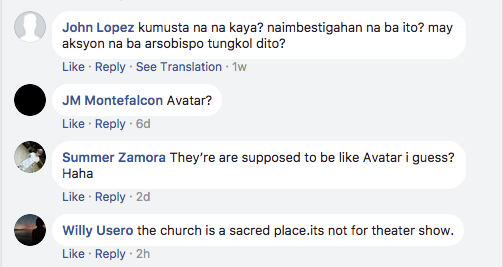 As to the video, commenters just seem not to know what to make of it.

While the presentations seem to be out of the box, if not unusual, it is still unclear whether these programs have been approved by church authorities. JB

More asked of priests in Year of the Clergy