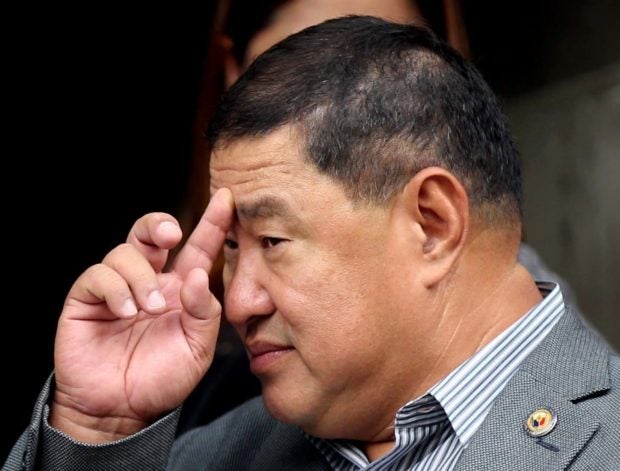 Chief Justice Maria Lourdes Sereno not only tolerated but also directed the delay in the release of survivorship benefits for the spouses of justices and judges.

According to House justice committee chairman Rep. Reynaldo Umali, this was generally the appreciation of panel members on the testimonies of three Supreme Court (SC) Associate Justices during the resumption of the impeachment hearing against Sereno on Monday.

“Kaya hind makagalaw ang mga justices kasi tuwing may en banc, sasabihin ni Chief Justice, we will first refer this to the technical working group (TWG) and that’s the role now of the CJ (Chief Justice) in the delays,” Umali said, adding that this was based on the House committee’s “appreciation of the clarifications made by our resource persons.”

Umali was referring to SC Associate Justices Diosdado Peralta, Lucas Bersamin and Samuel Martires, and Court Administrator Midas Marquez, who testified before the panel on Sereno’s supposed involvement in the delayed release of pension benefits.

Sereno, along with Senior Associate Justices Antonio Carpio and Presbitero Velasco, ordered the creation of a special committee that would study the pension benefits that should be granted to widows and widowers whose spouses died prior to effectivity a law expanding their benefits enacted on February 11, 2010.

Bersamin said he was “shocked” on learning that the TWG under the committee had come up with main, majority and dissenting opinions from its members despite it being a recommendatory body.

Umali then criticized the TWG for “acting like a court itself.”

“Since they’re like performing line function, they’re usurping the power of the en banc, and I guess that’s where (lawyer Larry) Gadon’s complaint is coming from na may usurpation,” Umali said.

Peralta, meanwhile, said the justices might move for the dissolution of the said TWG.