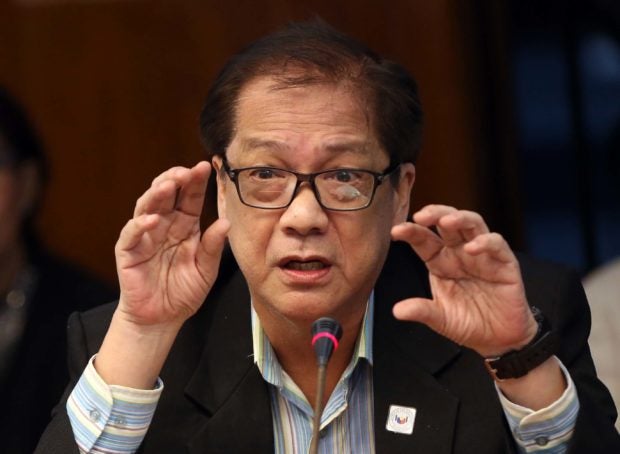 (Updated 6:00 p.m.) A former consultant of the Department of Health (DOH) exposed on Saturday the operations of an alleged “mafia” inside the Health department composed of several former and current officials who profited from the controversial procurement of the Dengvaxia vaccine.

Dr. Francis Cruz, who was the consultant of former Health Secretary Paulyn Ubial, bared the names of the DOH officials in a news conference, including former Secretary Janette Garin, who, he said, intentionally pushed for the anti-dengue vaccine to gain profit.

In a news conference, Cruz identified at least 18 incumbent and former DOH officials who benefitted from the P3.5-billion Dengvaxia vaccine, which was reported to lead more serious symptoms for people who had not previously been infected with the dengue virus.

“It’s not kickback, [conversion] is worse—it’s worse than [Janet Lim] Napoles because Napoles is an outsider. This one [involves] insiders with accredited suppliers who could be a financier,” Cruz said.

Although it is irrelevant in his expose, Cruz mentioned the case of Napoles just to illustrate the magnitude of the alleged corruption in the Health department. Napoles was tagged as the mastermind of the P10-billion pork barrel scam.

(Financiers return the money. The agency releases P500 million worth of checks to the financier and the financier will return it minus 10 percent. So the financier earns in less than two to three months of a portion of the money the government released.)

Cruz also alleged that the same officials were involved in other questionable transactions inside the DOH, including the implementation of the P23-billion Health Facilities Enhancement Program (HFEP) and the procurement of P12-billion worth of assorted medicines in 2015.

Volunteers against Crime and Corruption lawyer Ferdinand Topacio told reporters they are building up a case against the said officials.

Garin denied the accusations made by Cruz saying the allegation is questionable and unsubstantiated.

“I categorically deny any wrongdoing as former DOH Secretary and as a public servant. I always did what was best for the department to fulfill its mandate,” Garin said in a statement.

Garin said that if Cruz supposedly knew about the alleged anomalies in the DOH, he should file cases in courts or Office Ombudsman. She said that the doctor was supposed to be appointed as an undersecretary but was “fortunately” not appointed.

The INQUIRER.net is also trying to contact the other officials mentioned by Cruz but they have yet to issue a comment as of this posting. /jpv