No Dengvaxia link yet to 14 deaths 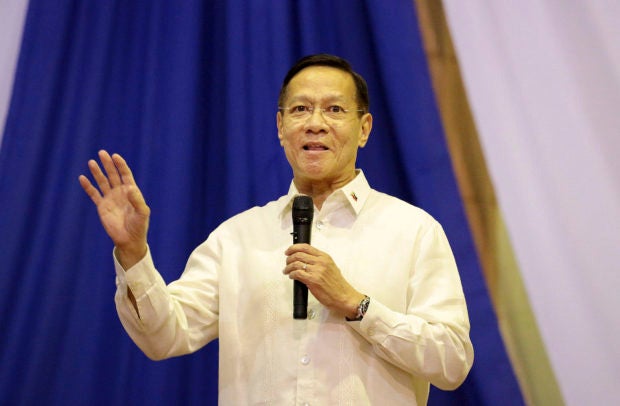 Most of the 14 children who died after being immunized with Dengvaxia were found to have died of dengue shock syndrome, Health Secretary Francisco Duque III said on Thursday.

Duque called a news conference to announce the initial findings of a team of experts that investigated the children’s deaths.

“Of the clinical charts of the 14 children who were given Dengvaxia, it was clear from their medical records that most of them died of dengue shock syndrome,” he said.

Duque could not say, however, if Dengvaxia, the controversial dengue vaccine developed by French pharmaceutical giant Sanofi Pasteur, was directly responsible for the children’s deaths.

“We cannot answer that as of now because our experts [from Philippine General Hospital or PGH] were still studying … the clinical records,” he said.

Earlier, the Department of Health (DOH) forwarded to PGH the clinical records of 14 children, aged 9 to 11, who died after being inoculated with Dengvaxia under the agency’s P3.5-billion dengue immunization program.

PGH is expected to announce the results of the study in the coming weeks.

The DOH halted the immunization program last Dec. 1, three days after Sanofi announced the results of new analysis that found Dengvaxia worsened symptoms in vaccinated people who had no previous exposure to the dengue virus.

More than 830,000 schoolchildren had received at least one dose of the vaccine before the DOH stopped the inoculation drive.

Duque said on Thursday that the examination conducted by the Public Attorney’s Office forensic experts on several children showed they died of dengue shock syndrome, consistent with PGH’s own findings.

Duque said the PGH experts were still studying if the 14 children had other comorbidities, or causes of death aside from dengue shock syndrome.

“As far as I remember, most of the 14 died due to dengue shock syndrome. But there were some who had other illnesses so we have to look into that,” he said.

“We just want to make sure that the other illnesses did not cause the demise, or if these illnesses made things worse and caused the patients to die faster,” he added.

Sought for comment, Sanofi Pasteur maintained that “there has been no death established to have been causally linked to the dengue vaccine, not even among the 40,000 people involved in the clinical trials conducted across 15 countries.”

“Sanofi Pasteur is always saddened to learn of the death of children and sympathizes with the families. The vision of Sanofi Pasteur is to contribute to a world in which no one suffers or dies from a vaccine preventable disease,” it said.

Duque has said he is considering demanding refund of P1.4 billion in unused vaccines from Sanofi.

He has also said the government might take legal action against the pharmaceutical company.

The Senate and the House of Representatives investigated the controversy last month, looking into the alleged rush by the Aquino administration to buy the vaccine for the DOH’s immunization program although Dengvaxia had yet to win Food and Drug Administration approval and gain admission into the national formulary.

Last Dec. 22, 21 schoolchildren who had been immunized with Dengvaxia filed graft charges in the Office of the Ombudsman against former President Benigno Aquino III and three members of his Cabinet, including former Health Secretary Janette Garin.

The mass murder charge referred to the use of Filipino schoolchildren as “human guinea pigs” for testing Dengvaxia.

The women’s group Gabriela and 70 schoolchildren who had been inoculated with Dengvaxia asked the Supreme Court last Dec. 22 to order the government to deal with the health risks to which the children had been exposed.

They asked the high court, among other things, to order free medical services to the children.