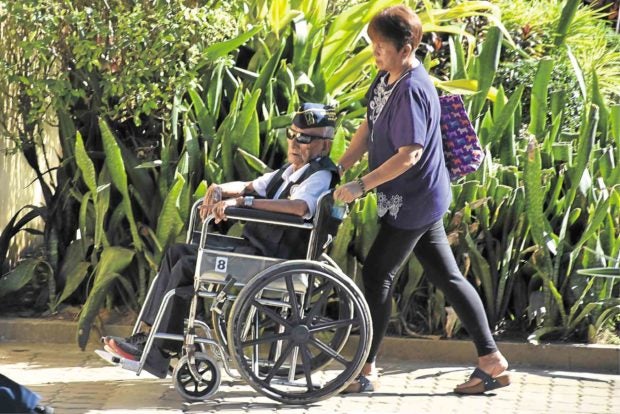 LINGAYEN, Pangasinan — For the third time, a measure that would raise the pension of World War II veterans to P20,000 has been filed in Congress, a Pangasinan lawmaker said on Wednesday during the 73rd anniversary program of the Lingayen Gulf landing by liberation forces led by Gen. Douglas MacArthur.

Aging and ailing veterans in this province have been receiving only P5,000, which, a veterans affairs official said, is insufficient for their medical needs.

“They have been waiting for it in the last four years. I hope President Duterte will finally sign a law for that increase,” said Romeo Madriaga, Ilocos region head of the Philippine Veterans Affairs Office (PVAO).

In 2014, PVAO Administrator Ernesto Carolina announced here that the House committee on veterans affairs had approved the pension increase.

Since the 15th Congress, he said he had been sponsoring the veterans pension bill but it failed to get through beyond the committee level. The measure underwent the same fate during the 16th Congress, said the lawmaker, who attended the program.

The activity coincided with the 11th Pangasinan Veterans’ Day, which annually pays tribute to war veterans and their sons and daughters.

“Increasing their pension to P20,000 is not so much,” said Bataoil, a retired police director. “Sad to say but my colleagues in the House have other priorities, although I know that deep in their hearts, they love our country.”

According to him, there are only 8,000 war veterans nationwide. The country has been losing its veterans at 300 per month, he said.

Only 51 war veterans attended the program, driven here in provincial government buses from their houses in the different towns and cities.

“Most of the veterans in the province are already bedridden. Those who come to my office are already in their wheelchairs and have to be assisted by their relatives,” Madriaga said.

At present, each veteran receives a monthly pension of P5,000, a disability benefit of P1,700 and a hospitalization benefit of P1,500. They are also entitled to a burial benefit of P20,000.

A few of the veterans received P100,000 from the government when they reached 100 years old, as mandated by the Centenarians Act of 2016. —Gabriel Cardinoza