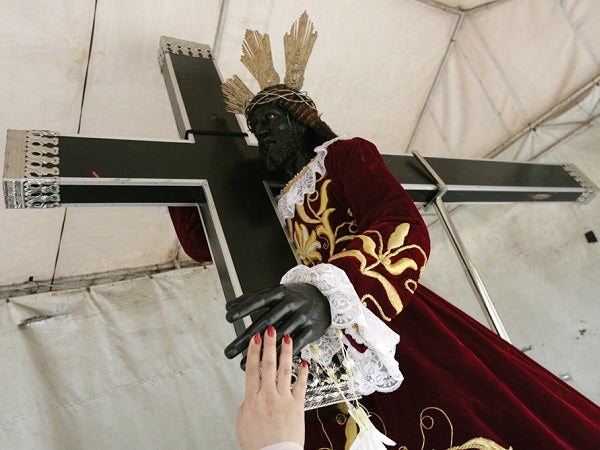 Around 220, 000 devotees from different parts of the country participated in the nearly 11-hour procession of Black Nazarene replicas in Manila, the city police said on Monday.

Based on the record of the Manila Police District (MPD), the 220,000 devotees flocked in the vicinity of the Quiapo Church to join the parade that commenced about 2 p.m. Sunday and ended almost 1:00 a.m. Monday.
Radyo Inquirer 990AM reported that before the procession started, about 650 replicas of the Black Nazarene were blessed at Quiapo Church, also known as the Minor Basilica of the Black Nazarene.

The church estimated that around 4,000 replicas of the image of the Black Nazarene were paraded during the procession.

Supt. Arnold Ibay, of MPD Station 3, declared the event as “generally peaceful” since they did not receive even a single report of any criminal incident during the procession despite the 100 cases of participants suffering minor injuries, Radyo Inquirer said.

The MPD leadership expressed hopes that there would not be any major setback during the main traslacion on Tuesday, January 9, where they expect attendance of around 19 million devotees.