Faces of the News: Aldin Ayo 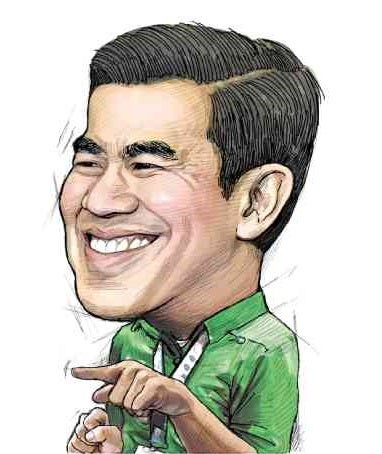 Coach Aldin Ayo rocked the collegiate basketball scene postseason as talks swirled that the La Salle mentor bolted out of the Green Archers to assume the head coaching post of the cellar-dwelling University of Santo Tomas.

Although neither Ayo nor the schools confirmed it, reliable sources said the move had been finalized.

The development came just a week after Ayo — who won championships with Letran in the NCAA in 2015 and with La Salle in the UAAP in 2016 — reaffirmed his commitment with the Green Archers.

In a statement, La Salle team officials had said it “stands united as a team to regroup and regain the crown next season” following its loss to rival Ateneo in the UAAP Finals.

Ayo’s move would be a big blow as the Archers also try to reel from the departure of two-time UAAP MVP Ben Mbala, who opted to turn pro in the premier basketball league in Mexico.

UAAP fans are also wondering if Ayo is taking along some Green Archers with him.

Read Next
How erring cops can ‘help’ ease lack of guns
EDITORS' PICK
Nestlé Philippines’ ‘NESCAFÉ Plan’ bags Grand Anvil at PRSP 56th Anvil Awards
Smart reinforces superiority with best speed and mobile video experience in PH
Every Filipino home can now be a smart home with realme TechLife
New 3,045 COVID-19 cases push PH total active cases to 40,074
LTO’s P500-M deal for screws draws scrutiny
How to lose a PH genius: Wesley So officially a US citizen
MOST READ
How to lose a Filipino genius: Wesley So officially a US citizen
US lays out list of aid to ‘satisfy’ Duterte following VFA payment demand
Robredo on Sara Duterte leading poll surveys: Why are Filipinos drawn to leadership of this kind?
Duterte order to police, military on Reds: ‘Kill them all’
Don't miss out on the latest news and information.