How erring cops can ‘help’ ease lack of guns 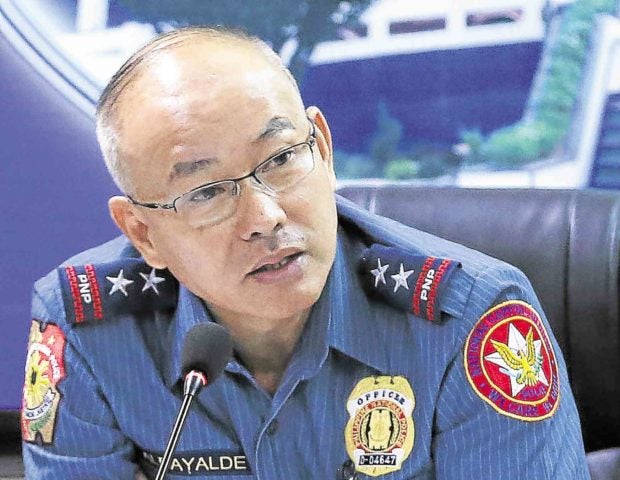 Consider this one way of reallocating meager resources.

The National Capital Region Police Office (NCRPO) has made it a policy to find more deserving recipients of service firearms taken from erring officers, according to its chief.

Guns will change hands under this policy to help the NCRPO cope with the inadequate number of firearms issued to its uniformed personnel, Director Oscar Albayalde said.

Since it was adopted in November, about 160 policemen in Metro Manila have been disarmed — and slapped with administrative complaints — for various offenses, Albayalde said in a Camp Crame briefing last week.

“We will reissue the [confiscated] guns to policemen who have none. So every time a policeman is involved in shenanigans, we will strip him of his firearm,” NCRPO chief said. “Since we do not have enough guns, we will just reissue those taken from erring policemen and give them to deserving police personnel.”

“Even if you are just caught sleeping on the job, we will disarm you,” said the official, who supervises a 28,000-strong force in Metro Manila.

Prior to the new policy, the confiscated firearms were simply deposited for safekeeping at the logistics division, according to the Chief Insp. Kim Molitas of the NCRPO’s public information office.

The number of disarmed policemen may still increase—with the NCRPO on the lookout especially tonight for officers who will illegally discharge their firearms to literally greet the New Year with a bang.

Albayalde cited Navotas, Manila, Taguig and Caloocan among cities with the most number of incidents of indiscriminate firing during the New Year revelry.