Malacañang’s yearend report: We have accomplished much in first year | Inquirer News

Malacañang’s yearend report: We have accomplished much in first year 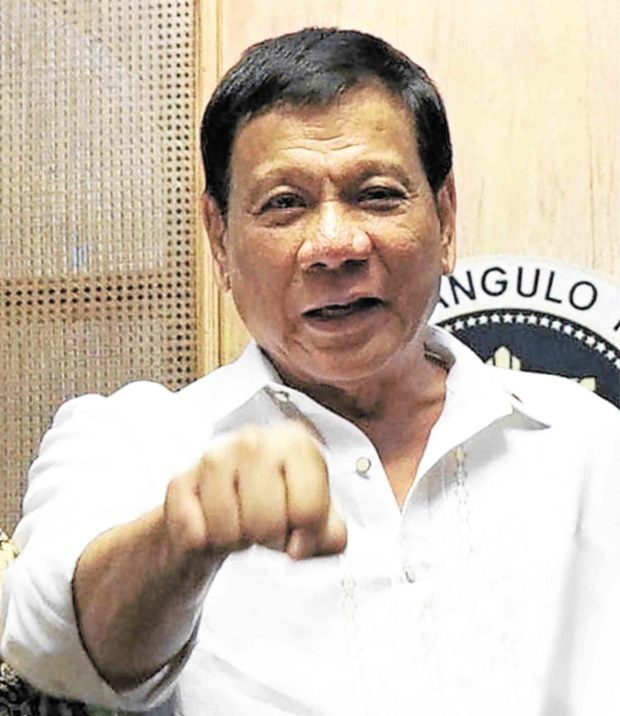 More than two years after President Rodrigo Duterte assumed the presidency, Malacañang has assured Filipinos that the government is committed to eliminate illegal drugs, criminality, and corruption in government through the “crucial reforms” instituted by the administration

In a 63-page yearend report released on Tuesday, Malacanang said that President Duterte and his administration would “act in urgency” to give “the Filipino people a safe, secure, and comfortable environment through his key platforms of providing law and order, lasting peace, and prosperity for all.”

In its controversial war against illegal drugs, Malacañang said that combined data from the Philippine National Police (PNP), Philippine Drug Enforcement Agency (PDEA), National Bureau of Investigation (NBI), and the Bureau of Customs (BOC), showed that 1,308,078 drug addicts have surrendered to the government as of July 26, 2017; while authorities have arrested 118,287 individuals as of November 27, 2017 during 79,193 anti-drug operations in the same period.

It also said that authorities have seized illegal substances worth P18.92 billion; and that 4,747 barangays have been declared drug-free as of November 27, 2017.

At least 3,967 drug personalities have died in the government’s war on drugs as of November 27, 2017 while 16, 355 homicide cases are still under investigation, the joint data added.

Meanwhile, a total of 14,406 drug surrenderers have received livelihood and skills training from the Technical Education and Skills Development Authority (Tesda) as of September 2017.

A report from the Inter-Agency Committee on Anti-Illegal Drug said that 93 percent of barangays nationwide have already organized their Barangay Anti-Drug Abuse Council (Badac).

It also noted the decrease in index crime at 20.56 percent.

Despite President Duterte’s unforgiving war on drugs, Malacañang said that the PNP continues its internal cleansing to rid the institution of abusive police.

It also said that the two policemen involved in the death of 19-year old Carl Arnaiz were already dismissed in November 2017.

According to the Palace, the National Capital Region Police Office (NCRPO) has relieved 1,000 policemen of the Caloocan City Police Station in batches. They consequently underwent retraining and reorientation at Camp Bagong Diwa in Taguig City

The administration launched the Freedom of Information (FOI) program in the executive branch on November 25, 2016 along with its online portal, eFOI.

According to the government, it has already received 2,635 requests for information from the public.

Also, the government launched its Citizens’ Complaint Hotline 8888 during the first few months of the Duterte administration.

Malacañang said 87 percent of the complaints had been resolved while 27,000 of the 31,000 complaints have been referred to the concerned agencies as of June 30, 2017.

In the yearend report, Malacañang urged Filipinos to “help the current administration lay down the foundation of a peaceful and prosperous Philippines that we all deserve.”

“The Duterte administration has accomplished much in its first year in office in 2017.  The President’s decisive leadership, plus the strong collaboration among various government agencies, has resulted in the attainment of many of the priorities set out by the national government in the last twelve months,” the report stated.                        /kga