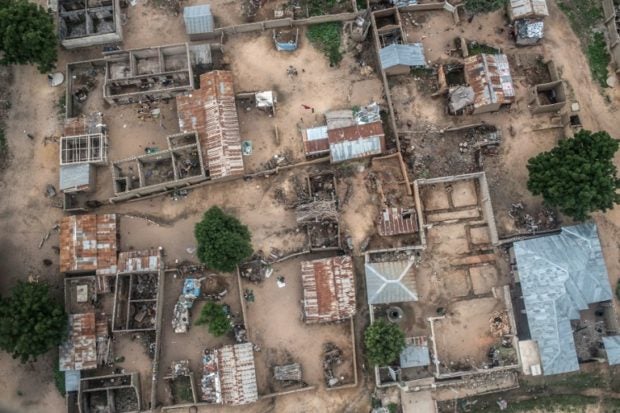 Boko Haram jihadists attempted a Christmas Day attack in Nigeria’s major northeast city of Maiduguri but were pushed out by Nigerian soldiers after a prolonged gun battle, military and militia sources told AFP.

The jihadists in “several” pickup trucks opened fire on a military checkpoint on the Molai outskirts of the city at around 5:30 p.m. (1630 GMT) on Monday, triggering a gunfight that lasted for more than an hour.

“The terrorists came in several pickups and engaged troops at Molai who fought and repelled the attack with aerial support,” said a senior military officer in Maiduguri.

“It was clear they wanted to overrun the checkpoint and enter the city to cause mayhem,” said the military officer who requested anonymity.

The gunmen used the cover of a convoy of civilian vehicles under military escort returning from the town of Damboa, 90 kilometers away, to launch the attack, said Ibrahim Liman, a militia leader assisting the Nigerian army in fighting the Islamists.

“One of the Boko Haram vehicles infiltrated the middle section of a civilian convoy…and engaged soldiers,” Liman said.

Boko Haram reinforcements lurking in the nearby Cashew Plantation and Jiddari Polo areas joined in the battle, Liman added.

The fighting prompted Molai residents to flee into Maiduguri, and the influx caused panic among residents.

Troop reinforcements from the city were deployed to Molar and helped in repelling the attack, the military source said.

It was not possible to immediately establish the number of casualties as the scene of the fighting was cordoned off by troops after the gunmen were pushed out around 7:20 p.m. (1820 GMT), Liman said.

Security had been tightened in Maiduguri for the Christmas weekend in anticipation of possible Boko Haram attacks. Police issued a statement asking residents to be vigilant, and report suspicious persons and abandoned objects to security personnel.

Earlier Monday, troops in nearby Yobe state gunned down 10 jihadists who tried to attack a military post on a highway linking the two states, according to militia leader Mustapha Karimbe.
“Soldiers killed 10 of the terrorists and recovered four pickups while the rest fled,” Karimbe said.

Boko Haram’s eight-year insurgency has killed 20,000 people and displaced 2.6 million more in Nigeria. In recent months, attacks on military and civilian targets as well as raids on remote villages in the northeast have increased.

The surge in attacks has been attributed to Boko Haram’s desperate search for much-needed weapons and food supplies following military offensives, which cut off the militants’ supply routes. /kga