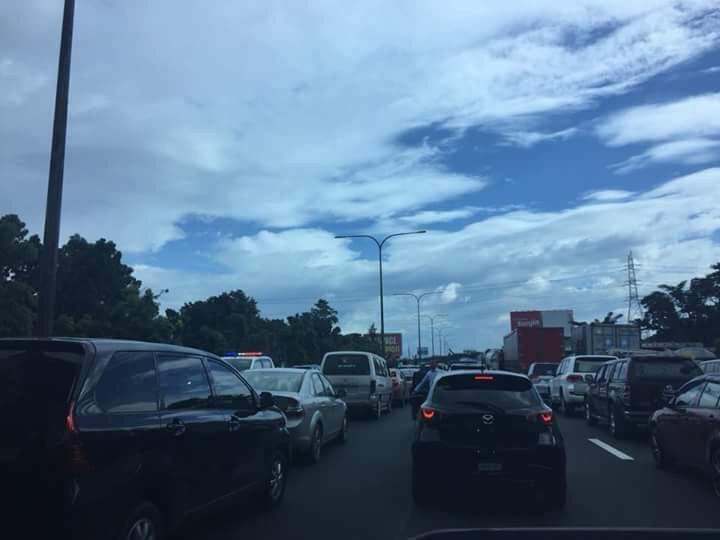 Motorists were stuck in heavy traffic after a trailer truck and a pick-up truck figured into an accident at Southbound lane of the South Luzon Expressway (SLEX). Photo by Ju Li, Contributor

The accident on the Southbound lane of the SLEX happened around 1:30 pm, according to SLEX operator, Manila Toll Expressway Systems Inc. (MATES).

Babsie Aragon, MATES media relations officer, said no other details were available at the moment. She also could not confirm if there were casualties.

“As we speak, we are clearing the carriage and opened a counter flow (lane),” she said in a phone interview around 3 p.m.

Motorists have reported heavy traffic as of this time. /je 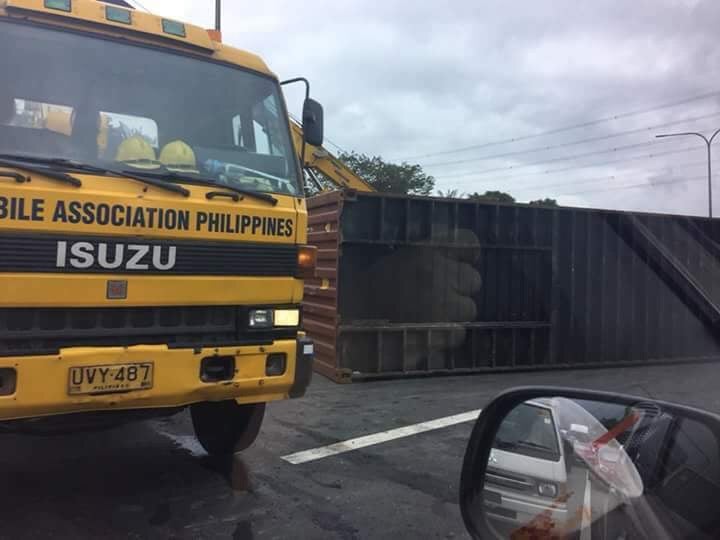 A truck fell sideways after figuring into an accident at Southbound lane of the South Luzon Expressway (SLEX). Photo by Ju Li, Contributor