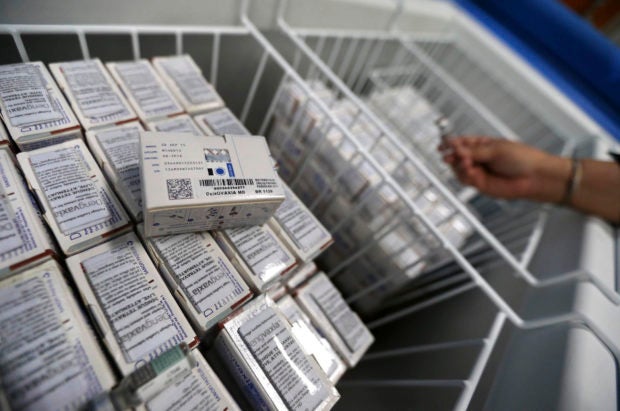 Officials involved in the possible overpricing of the now-controversial vaccine, Dengvaxia, should be held liable, Sen. Grace Poe said Thursday.

During the House committee on good government and public accountability hearing on the botched immunization program on Wednesday, found that the government bought the vaccine for $21 “societal price” instead of its $13 threshold price.

(We should know who was responsible, why did we do that?)

“We shouldn’t allow the government to be at the losing side of the bargain, of a deal. Malaking kasalanan ‘yan. So sino nagdesisyon? (It’s a big mistake. Who decided on the deal?)

Lawmakers also found during the Wednesday hearing that a member of the Department of Health (DOH)’s Formulary Executive Committee (FEC), Dr. Hilton Lam, was commissioned by Sanofi Pasteur to study the cost effectiveness of Dengvaxia.

Lam said that the study set the pricing of the vaccine’s threshold price at $13 (P600), and “societal price” at $21 (P1,000) per dose. He said the latter amount included “productivity losses” or the accounting of one’s future income if he dies or the loss of income if someone’s parents die.
Lam admitted that he was paid by Sanofi Pasteur P300,000 for the study.

This did not sit well with the lawmakers, who said it was inappropriate for him to undertake the study being a member of the FEC, the DOH body that approves the medicines to be included in the National Formulary, or the list of drugs the government can buy and use. /cbb

Read Next
Surgeon writes his initials on patients’ liver during transplants
EDITORS' PICK
COVID-19 has infected more than 69,000 people globally
Xi’s early involvement in virus outbreak raises questions
The Najima Drive: Nissan’s MD drives #GoAnywhere adventures in new video series
Can Your Brand of Meat Be Trusted? Here’s How to Know You’re Eating Safe Meat
COVID-19 screening checkpoints remain for those going to Boracay
Can travel make you fall in love?
MOST READ
2,000 iPhones given for free by Japanese gov’t to passengers stuck on ship due to coronavirus
WATCH: Sarah Geronimo dances ‘fierce’ version of ‘Tala’
Xi’s early involvement in virus outbreak raises questions
James Deakin visits injured student rammed by jeepney in Makati
Don't miss out on the latest news and information.