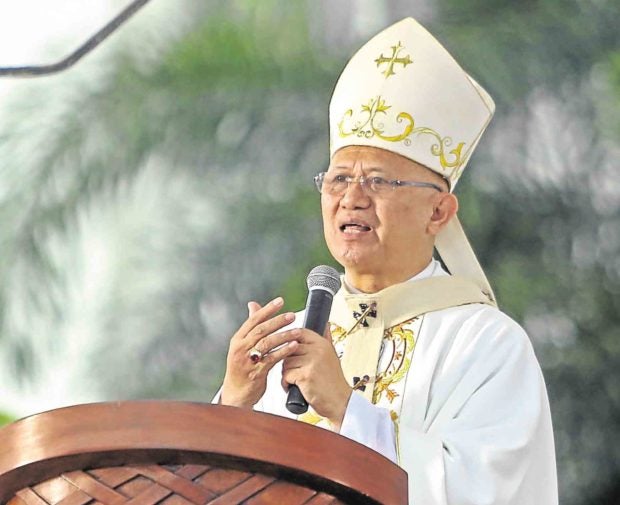 CEBU CITY—Officials of the Catholic Church and city council have opposed the plan of Mayor Tomas Osmeña to revive a program giving P50,000-cash assistance to policemen for every criminal killed during anticrime operations.

Cebu Archbishop Jose Palma said the strategy may only lead to human rights abuses, a concern earlier raised by the Commission on Human Rights.

“In principle, the Church is always concerned about anything that ends human life. For us, it is not the best approach because we always believe that even those who may have committed crimes still deserve a chance at life, and for them to renew themselves,” Palma said in an interview after he presided over the feast of Our Lady of Guadalupe here on Tuesday.

“Death, in general, is something we do not desire. We must respect human life and learn to value it as a way to revere Jesus who came to the world that we may have life,” he added.

Osmeña revived a program that would give Cebu City policemen P50,000 for every slain criminal, saying it was “necessary” if only to show his support for the war against all forms of criminality.

In the past, the aid was given only to policemen who killed drug suspects while conducting legitimate antidrug operations.

Osmeña said the money should not be called a “reward,” but financial assistance for policemen who might face a string of cases for “neutralizing” suspected criminals.

In a privilege speech during the council session on Tuesday, Labella, a lawyer and former director of the Office of the Ombudsman in the Visayas, called on the police and other law enforcement agencies to strictly follow procedures in dealing with crime suspects.

“With due respect, this pronouncement from the honorable mayor pursues a cultivation of an environment where order is attained, not through the means enshrined in our legal institutions, but through impunity and disregard on the sanctity of life,” Labella said.

Labella said stopping crime should be done within the bounds of the law.

“This inducement to give a cash bounty for every death is but an invitation to perpetuate impunity and desensitizes the people from the idea that everyone is equal in the eyes of the law enshrined in the Bill of Rights,” he said.

“This is not a zero-sum game of choosing only one option. Protection of the life of all people is never a choice but a legal obligation we, as public officers, must uphold,” Labella added.

The council approved the vice mayor’s resolution to note his privilege speech and to remind police officers and law enforcement agencies to observe rules of engagement when dealing with suspected criminals.

“This [financial assistance] can help us a lot, especially when we defend ourselves if complaints are filed against us,” Supt. Reyman Tolentin, information officer of the regional police, told reporters. —WITH A REPORT FROM NESTLE SEMILLA