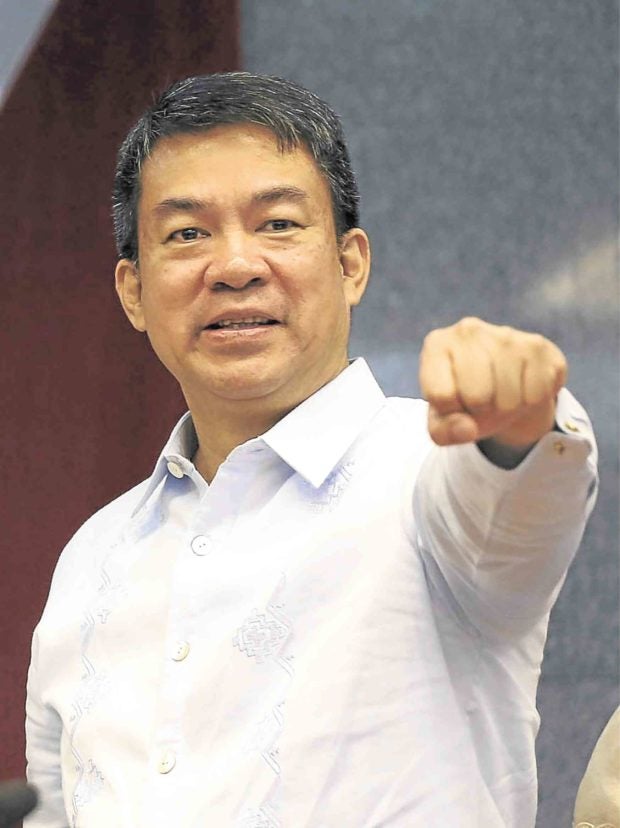 The ruling Partido Demokratiko Pilipino-Lakas ng Bayan (PDP-Laban) has extended its recruitment deadline to end of February 2018 due to the “overwhelming” number of membership applications.

“It will be unjust to arbitrarily close the gates when so many applications for membership remain unacted upon. We decided to extend the recruitment deadline to give our countrymen the chance to be part of the party and the change it advocates,” said Senate President Aquilino Pimentel III.

Earlier, Pimentel, who is also PDP-Laban president, set the deadline for politicians to join the ruling party until the end of November to give it enough time to plan and screen official candidates for the local and national elections in May 2019.

He had also said that he would not allow politicians to join the PDP-Laban at the last minute just to get the endorsement of the ruling party for their candidacy in the next elections.

“This is unfair. We want members to join the party because they believe in it and its position,” he earlier said.

But Pimentel clarified that despite the three-month extension, the party was still pursuing its plan to consolidate its gains for the upcoming balloting.

“We have to deal with the influx of new members and ensure everyone in the party is aware of our ideals, goals and values,” said the senator, adding that the 2019 elections would be issue-based and not a personality contest for PDP-Laban.

He also said the party’s grassroots recruitment was intended to bring about change in the country’s political system such as the adoption of a federal system of government.

“Our country needs a mature, party-based political system. PDP-Laban will lead the way in this change,” added Pimentel.

PDP entered into a coalition the following year with another anti-Marcos party, Lakas ng Bayan, or  Laban, to become the country’s main opposition party.

Laban fielded former Sen. Benigno “Ninoy” Aquino Jr. for a parliament seat in the 1978 parliamentary elections. Aquino was assassinated in 1983.

PDP-Laban became President Duterte’s political party when he ran in the 2016 presidential election.

Read Next
Duterte to fire entire commission for corruption
EDITORS' PICK
Heads may roll at BOC, says Palace if sugar smugglers are allowed to use recycled import permits
What to watch out for when selecting a video surveillance solution
DOH reports increase in daily COVID-19 deaths, mostly unvaxxed
House energy committee chair Arroyo bats for cheap electricity
vivo brings to the Philippines a powerful smartphone with a slimmer body, the vivo Y02s for only PHP 6,499
Palace: Biggest supermarkets in PH commit to sell sugar at P70 per kilo
MOST READ
Brian Poe-Llamanzares receives his PhD in Public Administration
Peso loses ground vs US dollar
Alyssa Valdez to miss Creamline’s AVC Cup campaign
Metro Manila’s No. 1 wanted man arrested, says NCRPO
Don't miss out on the latest news and information.