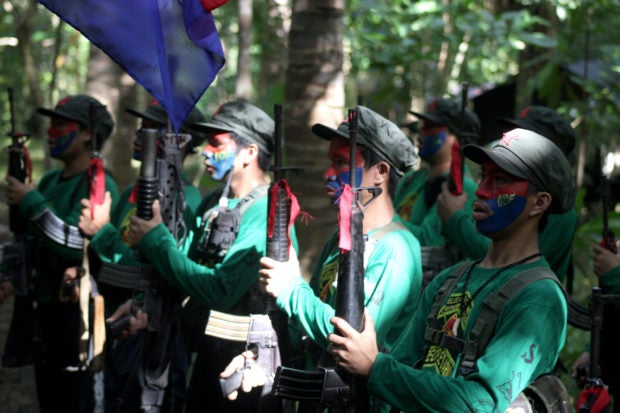 Amid an anticipated intensified recruitment of the New People’s Army, the Philippine Army in Davao City welcomed a new batch of militiamen to its ranks on Wednesday.

The Army said there were about 235 graduates recruited into service.

READ: Duterte to NPA rebels: I’ll make you soldiers if you surrender

Some of the new recruits will later join the 80 candidate-soldiers expected to graduate later this year. They will mainly serve as security forces in ancestral domains within Davao City to complement their respective Army units.

“The recruitment was anchored on the provisions of Indigenous People’s Rights Act and has undergone a series of consultation with the tribes prior the implementation,” Torres said.

The military said on Tuesday that it is expecting an intensified recruitment of communist rebels after President Rodrigo Duterte terminated the peace talks and officially tagged the rebels as terrorists. The NPA, meanwhile, has ordered its members to step up its attacks against security forces. /jpv