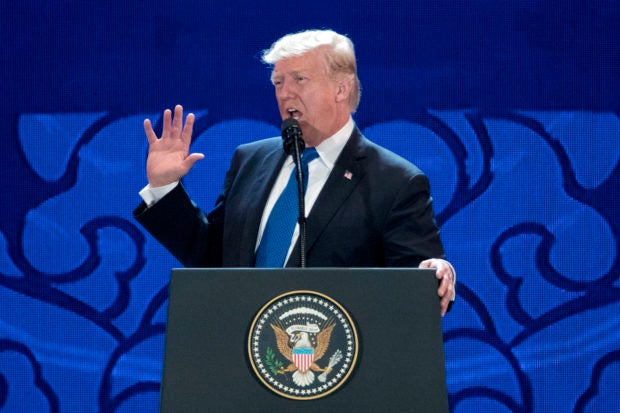 NEW YORK — Billy Bush said it was indeed Donald Trump’s voice captured on a 2005 “Access Hollywood” tape talking about fame enabling him to grope and try to have sex with women.

“Of course he said it,” the former “Access Hollywood” and “Today” show personality said in an op-ed published Sunday in The New York Times.

The video shows Trump, who was the star of “The Apprentice,” riding on an “Access Hollywood” bus with then-host Bush. At one point, Trump describes trying to have sex with a married woman. He also brags about women letting him kiss and grab them because he is famous.

“Along with Donald Trump and me, there were seven other guys present on the bus at the time, and every single one of us assumed we were listening to a crass standup act. He was performing. Surely, we thought, none of this was real. We now know better,” Bush said in the op-ed.

The recording of the lewd conversation between Bush and Trump emerged during the 2016 presidential campaign. Trump later said he never did any of the actions described on the tape, and dismissed his words as locker room talk.

In the waning days of the presidential election, more than a dozen women came forward to say that Trump had sexually assaulted or harassed them over the years. He denied it.

But Bush said he believes the women, and he felt the need to write the piece following reports that Trump had privately suggested that the “Access Hollywood” tape was not authentic.

“I can only imagine how it has reopened the wounds of the women who came forward with their stories about him, and did not receive enough attention,” Bush said. “This country is currently trying to reconcile itself to years of power abuse and sexual misconduct. Its leader is wantonly poking the bear.”

Bush, who had recently been hired as co-host of the “Today” show, lost his job following the release of the tape. He said he has since gone through a lot of soul searching.