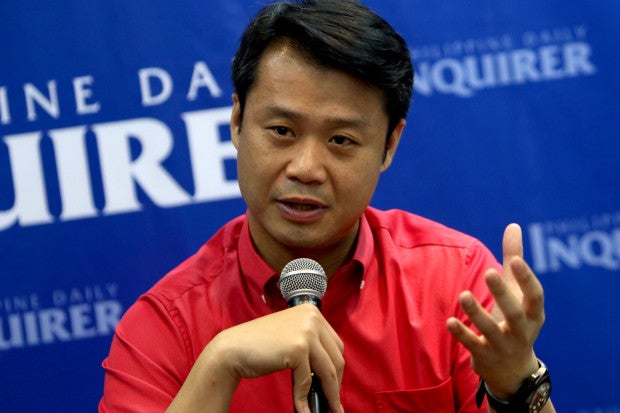 Sen. Sherwin Gatchalian reminded the Department of Finance (DOF) on Wednesday to keep its end of the bargain to help poor Filipino families cope with the expected price surge of basic commodities once the new tax reform package takes effect next year.

Gatchalian, who voted in favor of the Senate version of the Tax Reform for Acceleration and Inclusion (Train) bill but with reservations, said the government promised to roll out an expanded cash transfer program to shield 10 million poor families from the inflationary effects of the measure.

“The cash transfer program that was promised must be ready for implementation on day one of the effectivity of the Train tax package,” Gatchalian said, following the approval on third and final reading of the bill in the Senate.

Gatchalian, chair of the Senate Committee on Energy, said low-income families must be given protection from the expected surge in electricity rates, in particular, due to the imposition of heavy excise taxes on fuels and minerals.

The Senate also increased the coal excise tax from P10 a metric to P100 a metric ton in the first year of implementation of the tax reform package, P200 in the second year, and P300 in the third and succeeding years.

Gatchalian noted that the staggered increase in the excise tax on coal alone would burden consumers with P10.5 billion in additional electricity charges over the next three years.

“The coal tax, along with the increased excise taxes on diesel and bunker fuel, is poised to make electricity more expensive at a time when the Philippines already has the most expensive electricity rates in the entire Asean region,” said Gatchalian.

He added: “Our estimates indicate that the increases in electricity rates are not negligible. These higher rates will be felt by Filipinos.” /atm