Duterte to soldiers: Kill armed NPA rebels and I’ll answer for you 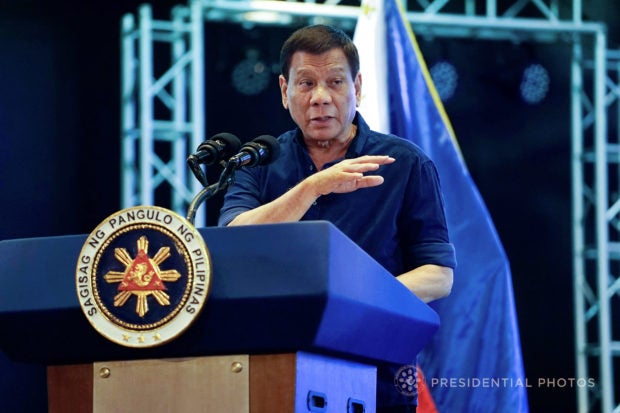 “So what will be my order to them? Di shoot them. They will kill you anyway. If there is an armed NPA there or terrorist that’s holding firearms, shoot and tell…ako na lang magsagot (I’ll answer for you). You just shut up,” Duterte said in a speech at the ceremonial send-off of Vietnamese fishermen at the Sual Wharf and Causeway in Pangasinan.

“Do not answer that issue of human rights. You go to Duterte, it is, it was his order para tumahimik (so they’ll shut up). Nako. You are destroying my country,”  he added.

Duterte’s frustration over the Maoist insurgents dominated his 30-minute speech, lashing out at the Communist Party of the Philippines (CPP) for their “insincerity” in the peace talks.

The President said he was preparing an executive order declaring the CPP, its armed wing, the NPA, and its political wing, the National Democratic Front (NDF) as terrorist group.

Last week, Duterte issued Proclamation No. 360, terminating the peace negotiations with the NDF.