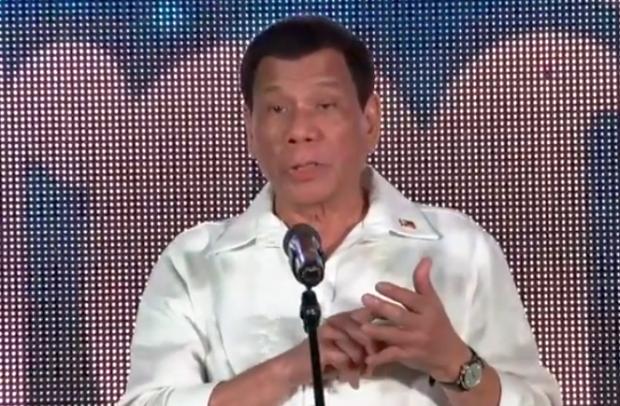 The Philippine should have a new constitution that should hold public officials more accountable for their actions, according to President Rodrigo Duterte, who also said he would be willing to have his powers clipped.

Duterte said this was part of his desire to battle corruption in the country and to answer fears that he was out to be a dictator.

“I said earlier, I am addressing myself to Congress,” Duterte said at the birthday celebration of lawyer and Pagcor President Alfredo C. Lim on Tuesday evening in Dasmariñas, Cavite.  “Let us amend the Constitution. Shorten or restrict the powers of everybody, including the presidency, but make a Constitution that would mandate more accountability and responsibility of officials.”

He told lawmakers not to be afraid to introduce amendments that would guarantee that corruption would be stopped.

“This government of ours, the graft and corruption is destroying our country. There is a time that you do it and a time to stop,” he said.

He raised once more his complaint about the lower courts’ issuance of temporary restraining orders, which he said was being used to make money.

He also complained again about the practice of awarding contracts to lowest bidders, which he said offered opportunities for conspiracy and bribery, and could lead to substandard items or outputs.

Duterte also reiterated on Tuesday that he would be willing to step down early if the Constitution would be changed.

“If you give that to the Filipino, I will step down at the end of the year,” he said. “I said, that is a commitment, a guarantee. Make me a constitution that would do away with a long suffering corruption-ridden country and I would be willing to just step out so that you would not be afraid and say: ‘Ah Duterte just wants to be a dictator’.”

Duterte has been pushing for a shift to federalism to decentralize power, a move that would require amendments to the Constitution.

If the Philippines would shift to a federal government, he said he would be willing to cut short his term.

The House of Representatives is studying drafts of a federal constitution. /atm