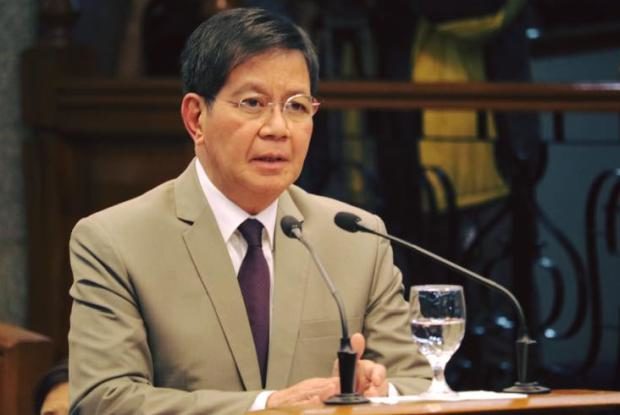 A joint resolution that would increase the base pay of military and the uniformed personnel (MUP) in government starting next year passed the committee level in the Senate on Wednesday.

A Police Officer 1 and those with equivalent rank could enjoy a 100 percent increase in their salary if Joint Resolution No. 9 is approved by both chambers of Congress.

“Tapos na, eendorse na sa floor (It’s done, it will be endorsed on the floor),” Senator Panfilo Lacson told reporters after the joint hearing of the three committees— national defense, public order and dangerous drugs, and finance. The measure, he said, was already approved in the House of Representatives.

(I’m appealing to Senator Honasan if it’s possible to adopt as well the inclusion of [the increase in the pension] of pensioners and if ever it is adopted in the bicam, it’s up to the President if he wants to veto it. At least we tried.)

(The base pay of military, police and all the uniformed personnel is already definite. The remaining issue to be discussed is if the retired [MUPs] are included in the increase.  For me personally my position is that they should also reap the benefits of this law.)

The approved measure in the committee will be endorsed to the plenary for discussion. Once approved in the Senate, the measure will be tackled at the bicameral conference committee and a final report would be transmitted back to the two chambers for ratification.

Once ratified, the measure will be transmitted to President Rodrigo Duterte for signature.

Lacson said the base pay hike for the MUP was estimated to cost the government around P60 billion to P80 billion while pension for retirees would cost P38 billion.

The fund, he said, could be sourced from the General Appropriations Act and the Miscellaneous Personnel Benefits Fund.

Lacson noted that P38 billion incremental pension for retirees was only a little over 1 percent of the proposed P3.7 trillion national budget next year. /jpv

Read Next
Fariñas thinks Sereno violated Constitution for creating JDO
EDITORS' PICK
Look Through: The fate of impounded stray dogs
House energy committee chair Arroyo bats for cheap electricity
What to watch out for when selecting a video surveillance solution
23,000 cops to be deployed nationwide for school reopening
Unleash the photographer in you this World Photography Day with vivo smartphones
DOH says COVID-19 cases plateauing, but public shouldn’t be ‘complacent’
MOST READ
Sharon Cuneta asks for prayers for friend in ICU who suffered silent stroke
Light therapy could be the answer to your sleep problems
Korina Sanchez reunites with former ABS-CBN co-anchors Julius Babao, Cheryl Cosim
PBA: San Miguel ousts Meralco to arrange finals duel vs TNT
Don't miss out on the latest news and information.