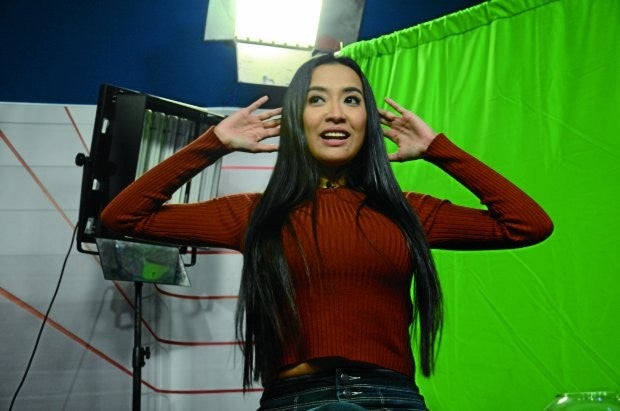 CEBU CITY – The once moribund political party Partido Demokratiko ng Pilipino-Lakas ng Bayan (PDP-Laban) is generating excitement with what one of its top leaders said was a 2019 senatorial race lineup that could include former sexy performer Mocha Uson, now a rabid supporter and official of the Duterte administration.

During the oath-taking here of new members of the now ruling PDP-Laban, Speaker Pantaleon Alvarez rattled off names that he said was the party’s probable candidates for the Senate.

Ranting against what he said was the slow work of the Senate, Alvarez introduced what he said were people who would speed up work at the chamber.

And, of course, Uson, who is now assistant secretary at the Presidential Communications Operations Office and described by Alvarez as President Duterte’s “defender.”

The crowd broke into applause as Uson, clad in white shirt and tight-fitting black jeans, joined Alvarez and the five other supposed candidates on stage.

Uson, who heads the sexy all-female dance group Mocha Girls, was one of Mr. Duterte’s staunchest supporters on social media when the then Davao City mayor ran for President in 2016.

She, however, played coy when asked if she was prepared to run for senator. “Wow,” she told reporters. “Ask President Duterte first.”

She said she was at the oath-taking ceremony only to see for herself how many Cebuanos supported Mr. Duterte.

Roque played coy, too, saying while he thanked Alvarez for mentioning him, his “focus right now is to do my absolute best as spokesperson.”

Alvarez, in his speech at the oath-taking ceremony, said he wanted the Senate to be dominated by PDP-Laban members because current senators were too slow in acting on bills already passed by the House.

He did not say how Uson could help in the Senate, but said he wanted the PDP-Laban to sweep the Senate race 12-0. —WITH A REPORT FROM LEILA SALAVERRIA