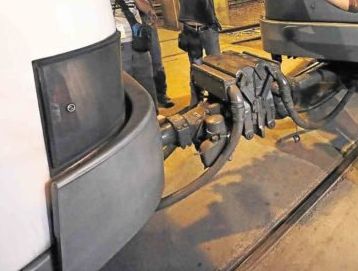 Such questions usually arise in a criminal investigation, but this time they are coming from a Department of Transportation (DOTr) official who has launched a probe into the Nov. 16 incident on Metro Rail Transit 3, where a train car suddenly got detached during morning rush-hour operations.

Cesar Chavez, the transport undersecretary for rails, said initial findings showed that the “messma card” of the decoupled train had gone missing. The card, which functions like an airplane’s black box, records all interventions done on a train.

“Who has the capability to remove the black box?” Chavez said in an text message to reporters on Thursday, a day after a northbound train got unlinked as it was approaching Buendia station and forced around 140 passengers to disembark and walk back to Ayala station.

“Is the motive simply to cover up the mistake of the train operation of [the decoupled cars] or part of an effort to sabotage the entire operation?” Chavez said.

Based on the assessment of DOTr engineers, “there was also no electrical fault as there was no damage to the mechanical parts of the coupler.”

Meanwhile, a spokesperson for Busan Universal Rail Inc., the MRT’s former maintenance provider, the recent incident and recurring glitches on the train line on Edsa “are proving our position right.”

“The DOTr doesn’t appear ready to assume our work contrary to the breast beating of [Chavez]. The DOTr takeover should be monitored even more closely now,” Buri spokesperson Charles Mercado said.

Earlier this month, the DOTr took over the maintenance of the train system after terminating its contract with Buri, whose “poor performance” was being blamed by the department for the MRT’s frequent malfunctions.