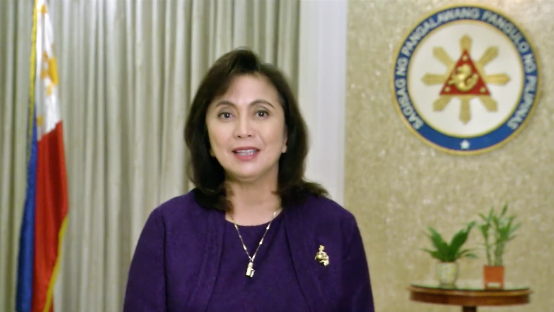 An “overwhelmed” Vice President Leni Robredo on Thursday set foot on Ground Zero of the battle of Marawi City in the aftermath of months-long clashes between government forces and the local Maute terror group.

“The feeling was somewhat overwhelming,” she said in a statement issued by her office after the visit.

“Of course we have seen pictures, but actually seeing it is different. I was even asking, if this is what I feel as a non-resident, what more those people who really live here?” said Robredo.

President Rodrigo Duterte declared last month the liberation of Marawi following clashes between government troops and forces of the terrorist group along with sympathizers of Islamic State.

The Vice President said a “whole-of-nation” approach was necessary in the effort to rebuild Marawi City.

She urged unity and convergence of agencies and organizations assisting the communities in the city “in order to avoid duplication of efforts.”

Robredo reiterated her point that the residents must themselves be involved in the process, and their cultural and religious sensitivities be considered as well.

“It will help the people recover from their grief if we help each other hasten the rehabilitation. Because the longer it is taking us to rehabilitate, the more the people will feel downtrodden. Which is why it’s better if they are involved, too,” she said in Filipino.

In particular, Robredo said it was important to prioritize livelihood development for the initial nine barangays that had returned to the city after months of evacuation.

“The biggest help really is livelihood, because we know that the most devastated was the central business district. We really need to help the economy,” she said.

Marawi City was one of the areas covered by the Office of the Vice President’s Angat Buhay anti-poverty program, even before the clashes began.

Robredo was accompanied by representatives from some of the OVP’s partners from the private sector, so they could hear firsthand the need of those affected.

Among the assistance they turned over were P500,000 worth of medicines each to Amai Pakpak Medical Center and the City Health Center of Marawi; P300,000 cash assistance from the Naga City government; school supplies for grade school students from Children’s Hour; and a pledge to shoulder the van rental cost of transporting displaced residents back to the city, courtesy of RAF International Forwarding.

The Vice President also paid a visit to the 103rd Infantry Brigade, 1st Infantry Division, in Camp Ranao for a security briefing with officials of the Philippine Army.

She met soldiers based there, some of whom were deployed in the war zone during the clashes.

“I think we all need to collectively thank the bravery of our soldiers. While I was going around Ground Zero, it seemed there was a heavy feeling knowing our soldiers staked their lives there, which is why all of us Filipinos — even those who are not from Marawi — need to thank them for their sacrifices for us,” she said.

Asked by reporters in Marawi City if she would recommend the lifting of martial law in Mindanao, Robredo said it was up to the Armed Forces of the Philippines and the Department of National Defense.

Robredo said it seemed the AFP had “made good on its promise” that there would not be abuses in the affected communities. “We trust that this will continue until the very last day,” she said. /jpv