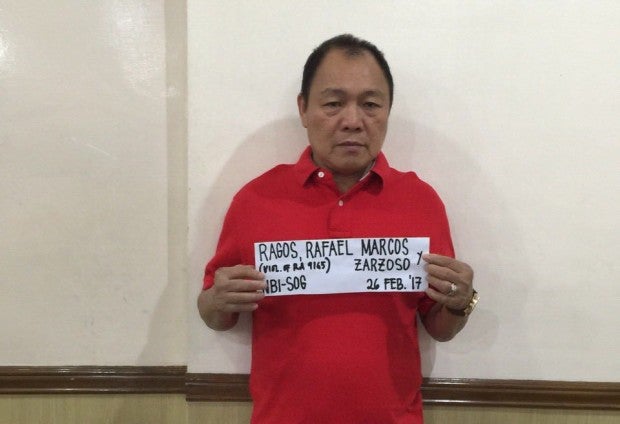 State prosecutors have dropped former Bureau of Corrections (BuCor) officer in charge Rafael Ragos as one of the respondents in a drug trafficking complaint against Sen. Leila de Lima.

In the amended information (charge sheet) dated Nov. 10, 2017, only De Lima and her former aide Ronnie Dayan were named as respondents in the case.

According to the amended complaint, De Lima and Dayan violated Section 26(b) in relation to Section 5 (attempt or conspiracy to drug trading), and Section 28 (criminal liability of government officials) of the Republic Act No. 9165, or the Dangerous Drugs Act.

Charges will be dropped against Ragos and he will be a witness of the prosecution, said Senior Assistant Prosecutor Ramoncito Ocampo.

Ragos testified in a House inquiry last year that in November and December 2012, he personally delivered a total of P10 million pesos in the residence of then justice secretary De Lima in Parañaque, and handed it to Dayan.

The money allegedly came from convicted drug lords who continued their business inside New Bilibid Prison, which is under the supervision of BuCor then headed by Ragos. BuCor is an agency under the Department of Justice.

The scheduled arraignment on Thursday of De Lima and Ronnie Dayan at Branch 204 of the Muntinlupa City Regional Trial Court was rescheduled to Jan. 24, 2018. /je