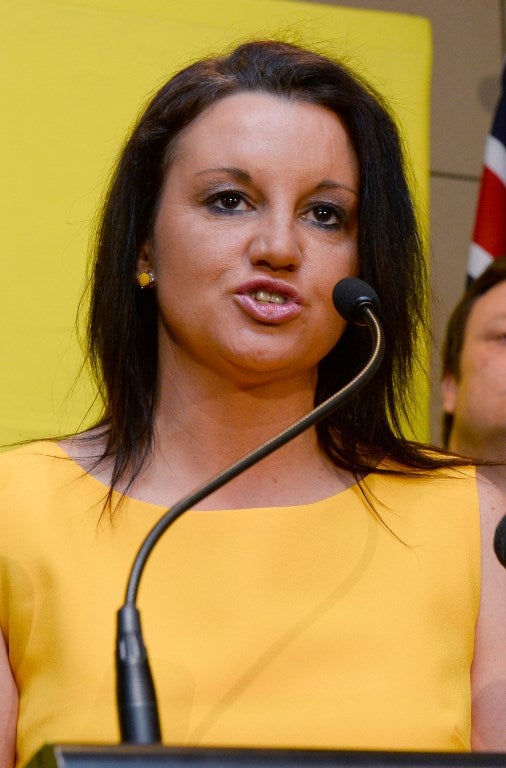 A constitutional crisis roiling Australian politics claimed a new victim Tuesday with the resignation of the eighth lawmaker to be felled by a once-obscure rule barring dual citizens from federal office.

The departure of Jacqui Lambie, a colourful independent senator from the island state of Tasmania, comes after Prime Minister Malcolm Turnbull’s center-right government lost its grip on parliament as MPs were toppled by the citizenship issue.

Lambie announced her resignation in a tearful speech, telling MPs she had just learned she held British nationality from her Scottish grandfather and father.

“Anyone who knows my father will be shocked to think of him as anyone else than an Aussie,” Lambie told the Senate, adding, “My dad believed he renounced his citizenship years ago.”

But she said that following the resignations of other politicians who held dual citizenship by descent, she made inquiries with British authorities into her situation.

“It is with great regret that I have to inform you that I had been found ineligible by way of dual citizenship,” she said.

The citizenship crisis came to a head on October 27 when Australia’s High Court reaffirmed a provision in the country’s 1901 constitution that forbids dual citizens from serving in federal parliament.

The ruling has already sparked the resignation of several senators and two members of Turnbull’s coalition in the lower House of Representatives — deputy prime minister Barnaby Joyce and former tennis star John Alexander.

The loss of Joyce and Alexander cost the government its majority in the 150-member house, although Turnbull has said he can continue ruling for now with the support of independents.

The two men will both run for re-election next month after renouncing their second citizenships.

While Joyce is expected to face minimal opposition in his rural New South Wales constituency, Alexander faces a tough fight for his Bennelong district in suburban Sydney as the opposition Labor Party looks to capitalize on Turnbull’s problems.

Labor on Tuesday made the surprise announcement of Kristina Keneally, an American-born former NSW state premier and popular TV news personality, to run against Alexander.

Keneally, who emigrated to Australia in the 1990s and renounced her US citizenship in 2002, said at a press conference the December 16 vote would be “an opportunity for the community in which I live to stand up and say to Malcolm Turnbull: ‘Your government is awful. Enough is enough'”.

Recent opinion polls have show a steady erosion in Turnbull’s popularity. The next general election is not due until 2019.

The dual citizenship rule was originally inserted into the constitution to ensure parliamentarians were loyal solely to Australia.

However, critics say it is out of step with the modern reality of the country, where half the population are either foreign-born or the children of immigrants.