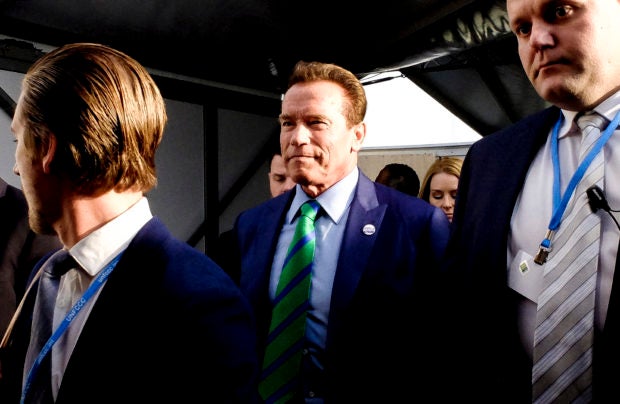 BONN, Germany — Former California governor and action star Arnold Schwarzenegger posed a challenge to the World Health Organization (WHO) to label fossil fuels as deadly, the same way the United Nations (UN) organization pushed for lethal warnings on cigarettes in 2003.

“Wouldn’t it be great if they make a pact that labels fossil fuels are killing you? If you went to a gas station, it says that thing you’re pumping into your car is killing you,” he said during an event organized by the WHO at the high-level climate talks being held by the UN in Bonn, Germany.

“Pollution kills more than 9 million people a year. Over 300,000 people will die over the course of this conference (12 days). That’s the population of Bonn,” he added.

Dr. Tedros Ghebreyesus, director general of the WHO, called on stakeholders and negotiators at the climate conference to discuss building climate resilient health facilities by 2030, as enshrined in the Paris Agreement.

The Paris Agreement is the first global climate treaty that seeks to limit rising temperatures well below 2˚C by reducing greenhouse gas emissions. The Philippines ratified the accord early this year, despite President Rodrigo Duterte’s initial reluctance.

“Climate change strikes at the heart of what it means to be human,” Ghebreyesus said. He also called for more investments in the health sector. /cbb