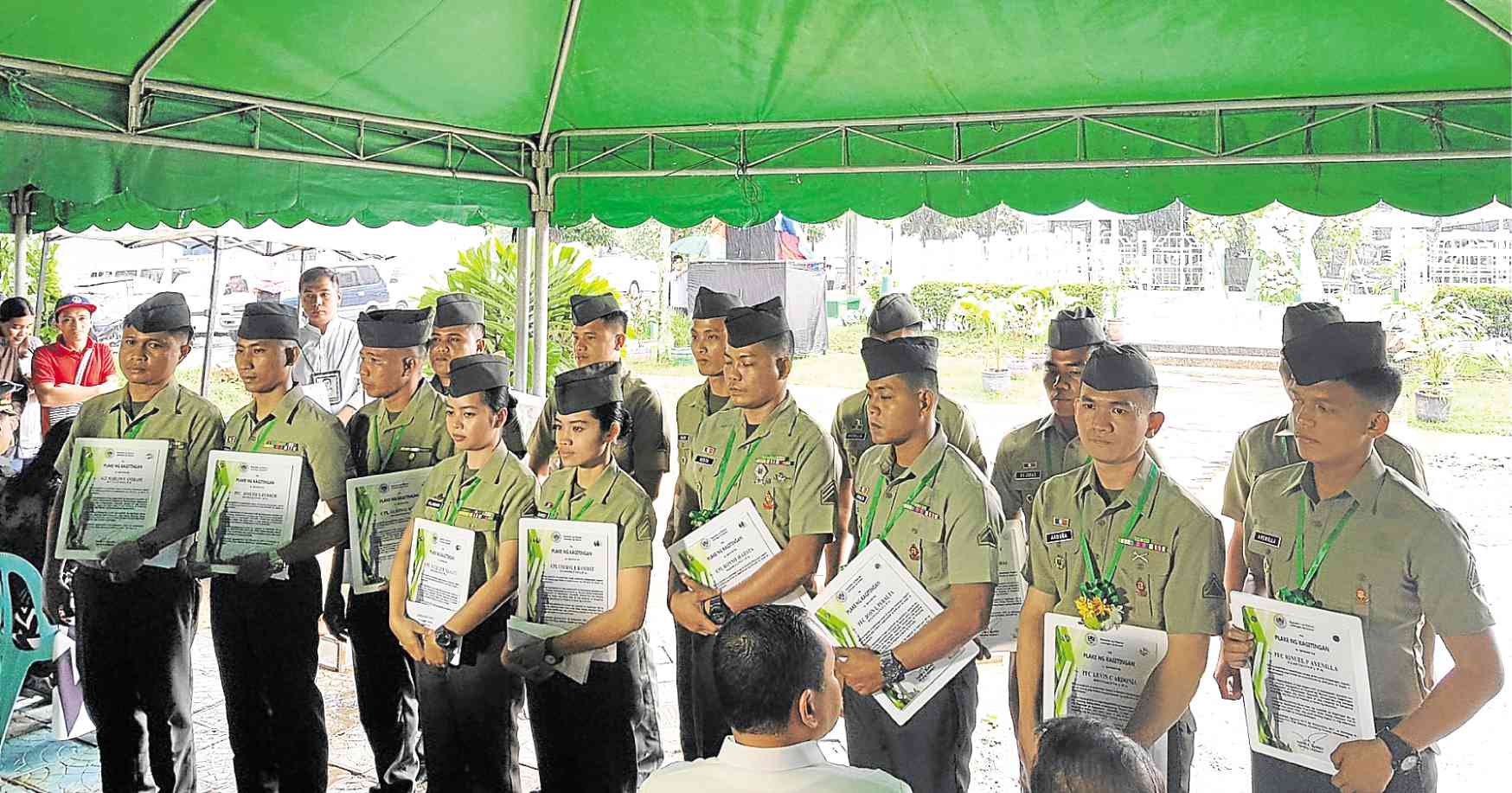 Some of the soldiers from Quezon province given recognition and rewards by the provincial government. —CONTRIBUTED PHOTO

TAYABAS CITY — The provincial government of Quezon sought to level up its recognition of at least 26 soldiers, who are from the province and fought terror in Marawi City, by comparing their heroism to that of Hermano Pule, a Filipino revolutionary who gave his life up in the war to liberate the Philippines from Spanish colonizers.

Quezon Gov. David Suarez led provincial officials in distributing cash rewards and plaques to the soldiers, two of them women, who helped liberate Marawi from Islamic State (IS) followers trying to establish an IS province in the predominantly Muslim city.

The ceremony for the recognition of the soldiers was held at the foot of Pule’s monument on Maharlika Highway in the village of Isabang here on Saturday.

“It is but fitting that we recognize the new heroes from the province as we commemorate the valor of our local hero Hermano Pule,” Suarez said during the ceremony.

“These soldiers fought and risked their lives for the freedom of our countrymen,” he said.

Each of the 26 soldiers received P30,000 in cash and plaques. The governor handed out P20,000 each of his personal money to the soldiers.

The governor said some soldiers from Quezon were still in Marawi. “We will give them the same honors,” Suarez said.

Janet Geneblazo-Buelo, Quezon public information officer, said only 15 of the awardees were present during the ceremony as 11 others were back in training.

The soldiers were natives of Unisan, Lopez, Calauag, Real and Infanta towns.